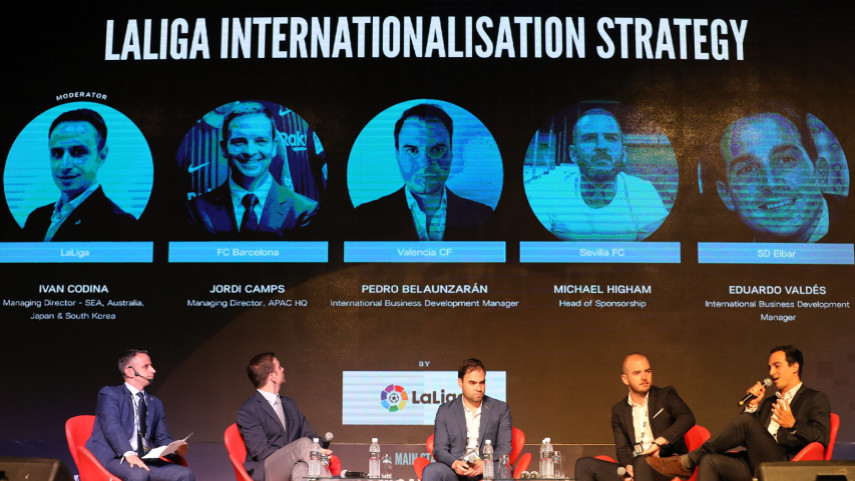 Establishing an international presence for football clubs has a series of positive long-term effects, from commanding a larger TV audience to creating new overseas partnerships, leading to the creation of jobs and income as well as increased sporting opportunities around the world.

In Spain, internationalisation has become a central part of many clubs’ strategies. But rather than driving clubs it apart, it is bringing clubs together as they combine best practice and resources to give themselves the best chance of success.

At the recent World Football Summit Asia, directors from FC Barcelona, Valencia CF, Sevilla FC and SD Eibar discussed how approaching global markets in a collaborative manner, alongside LaLiga, is building strong foundations for the future.

With interest in football growing rapidly across the continent, Asia has emerged as a top priority for clubs looking to make their mark internationally.

“Europe is a mature market. The United States is a very competitive market. South America is a tough market. In Asia, that’s where the opportunity lies.”

Eduardo Valdés, SD Eibar’s International Business Development Manager, is also very interested in the continent as has seen his club become the third-most watched team in Japan after Barcelona and Real Madrid, helped by the presence of Japan international Takashi Inui, who played for them between 2015 and 2018.

Yet the Basque club’s success in the region wasn’t just down to having a player from an Asian country. “Inui has left, so we lost our main player of interest in Japan, but we had a plan for this all along. We have invested more resources and more money into the country this season to try to be as close as possible to our Japanese audience.”

“Our first commercial deal was signed after Inui departed. We want to make clear to our local fans that all the work we had done over the past three years is not done.”