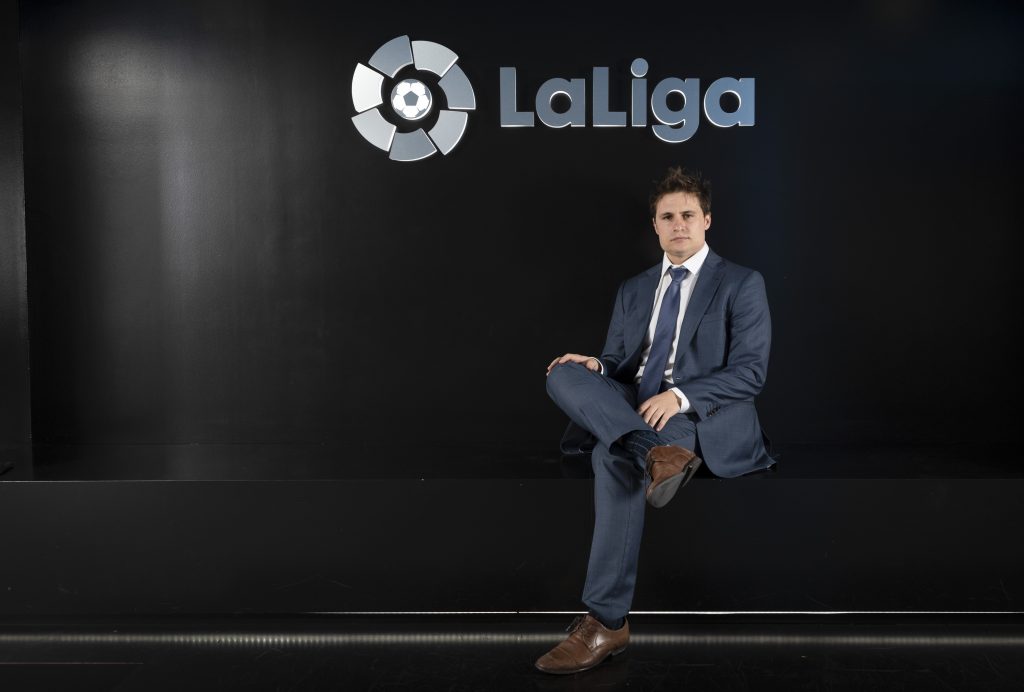 LaLiga has announced the appointment of Oscar Mayo Pardo as the executive director of the organisation.

Under the leadership of the President of LaLiga, he will be responsible for implementing the strategy to ensure the institution fulfils the objectives set out by the presidency in the most efficient manner possible.

A member of LaLiga since 2017, Mayo was the director of business, marketing and international development, a post in which he led the consolidation of the league’s 11 global offices and 44 global delegates, driving international expansion by signing major joint ventures in strategic markets such as the US and China. He also sits on the Board of Directors of LaLiga companies, such as LaLiga North America, the Port Aventura World Joint Venture and LaLiga China.

In the three years during which he has spearheaded the commercial strategy, LaLiga has increased its revenue by 48% by virtue of agreements with major companies such as Banco Santander, Microsoft, Budweiser and EA Sports, among others.

Additionally, he played an important role in negotiating the agreement with ESPN and in the launch and follow-up of the LaLiga Business School project.

In his career prior to LaLiga, Mayo held posts with a responsibility for marketing and business in the sports industry and education, in companies with a national and international reach such as Gympass, BeOne, the Universidad Europea and the University of California, Riverside, carrying out his work in international markets, including the US and China.

With this appointment, Oscar Mayo will take on new organisational challenges to consolidate LaLiga’s national and international growth and continue to innovate in the management of one of the leading sports competitions on the planet, as well as continuing with his role supporting the strategy of the presidency of Javier Tebas.