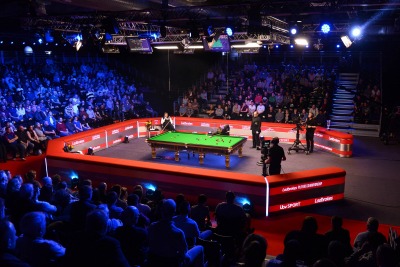 The Ladbrokes World Grand Prix runs from February 6 to 12 at the Guild Hall in Preston, anesthetist followed by the Ladbrokes Players Championship from March 6 to 12 at Venue Cymru in Llandudno.

Both events were sponsored by Ladbrokes for the first time last season, and the agreement has now been extended for 2017 and 2018.

Kristof Fahy, Ladbrokes CMO, said: “We’re delighted to extend our partnership with World Snooker following hugely successful tournaments this year. We’re incredibly passionate about sport at Ladbrokes and it’s great to have the World Grand Prix and Players Championship as part of our extensive sponsorship portfolio for another two years.”

World Snooker Chairman Barry Hearn added: “We are thrilled to have Ladbrokes on board for another two years for these two extremely prestigious events. Ladbrokes has been a fantastic supporter of snooker over many years. The exposure they will gain through extensive coverage on free-to-air television will be outstanding.

“For the players, the race to qualify for the Ladbrokes World Grand Prix and Ladbrokes Players Championship is well underway, with every pound counting towards their position. At the moment there are two amateur players inside the top 32 while some of the big names have catching up do to. It’s going to be fascinating to see that race unfold over the coming months. And it is a cut-throat race because the players who don’t make it to either event will be left behind in the world rankings.

“For the fans in Preston and Llandudno it’s a fabulous chance to see the very best players in the world, so don’t miss that opportunity.”