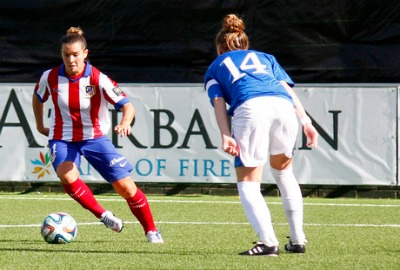 The Spanish Women’s First Division fixture between Atletico Madrid and Athletic will be the first major European fixture to be streamed to Facebook by La Liga.

The match will be available worldwide in every country with no geo-blocking of content in place.

He believes this will be a trend for broadcasters in the future.

He said: “It is clear that audiences are becoming more and more fragmented as to where they consume content and so publishers are evolving their distribution strategies to follow their audiences.”

“As we saw with the Europa League and Champions League finals streamed by BT Sport on Youtube, so more and more rights holders will look to Facebook Live, where Ooyala is an official partner, to target a growing and highly engaged social audience.”

“For BT Sport the goal is to use social channels to generate subscriptions and for others such as La Liga’s foray is to engage and build an audience that is best served via social than say traditional linear TV.”

“One could argue that the days of audiences consuming content on publisher’s owned and operated sites are truly numbered.”

The deal between Facebook and La Liga follows a similar deal between the NFL and Twitter to broadcast Thursday night games live on the social media channel.

Ferreira-Cole believes that there will now be a steady flow of social networks acquiring rights to live fixtures.

“It’s clear that they have the deep pockets to compete, look at how Netflix and Amazon are buying up digital movie and TV rights, but can social networks compete with the 24/7 storytelling and brand building that the likes of Sky Sports can provide to engage the audience outside of ‘game time’.”

“That’s debatable, but I am sure all eyes are on whether Twitter’s experiment will pay dividends and then we shall see.”