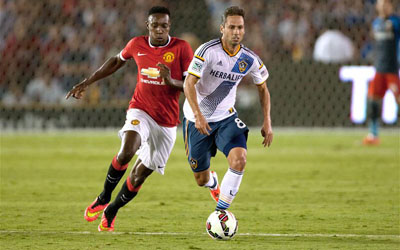 Ritmo Mundo interest in the soccer community and fan-base has grown exponentially in recent years, prescription most notably in 2014 with the World Cup. They have established relationships with several Brazilian National Team players to help expand the Ritmo Mundo brand internationally. Ritmo Mundo will utilize the partnership with the Galaxy to market it luxury collections, as well as its REFLEX brand, the new wearable LED slap watches which are in high demand around the World.

“The LA Galaxy organization is consistently looking to better themselves with regards to sportsmanship, fan offering, and remaining ahead of the curve in technology and fan outreach, so this synergy is ideal as we look to broaden our scope and reach soccer fans everywhere they may be – on their mobile devices, their computers, in the stadium or at home,” Ali Soltani, President of Ritmo Mundo.

The partnership will be communicated through a custom watch display within the VIP Champions Lounge (inside and adjacent to the tunnel to the locker rooms) to showcase both Ritmo Mundo & Reflex watches Galaxy’s premium ticket holders and ancillary partners. Ritmo Mundo will also be recognized and exposed within the Galaxy’s in-stadium media assets, digital marketing and social media platforms to support their messaging as a new Galaxy watch partner offering 2 brands.

“Ritmo Mundo is a cutting-edge brand with global reach and a worldly-focused audience,” said LA Galaxy President Chris Klein. “This partnership allows for two premium brands to come together and grow within sports and fashion.”