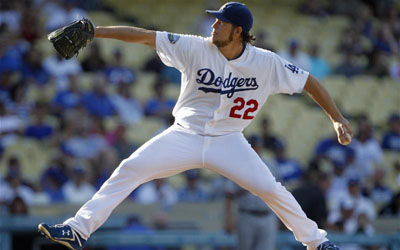 “We are looking forward to expanding KLAC’s content in this new partnership for our passionate and loyal fan base,” said Dodgers President & CEO Stan Kasten. “We will be teaming up with the fantastic creative team at iHeartMedia on a number of projects and initiatives, to enhance our fans engagement. And what better team to tell the story than from broadcast talent of Vin, Rick and Charley.”

“We take great pride in delivering Dodgers programming to millions of fans on AM 570 and throughout the country via iHeartRadio,” said Greg Ashlock, President of iHeartMedia Southern California.

“The Dodgers are one of the strongest professional sports brands in the country and this ownership team, through actions on and off the field, has proven its commitment to even further strengthening its bond with the Southern California community. We are excited to expand our partnership with continued focus on the game broadcast experience and jointly produced new local programming for the station.”

The agreement between the Los Angeles Dodgers and iHeartMedia is subject to Major League Baseball approval.