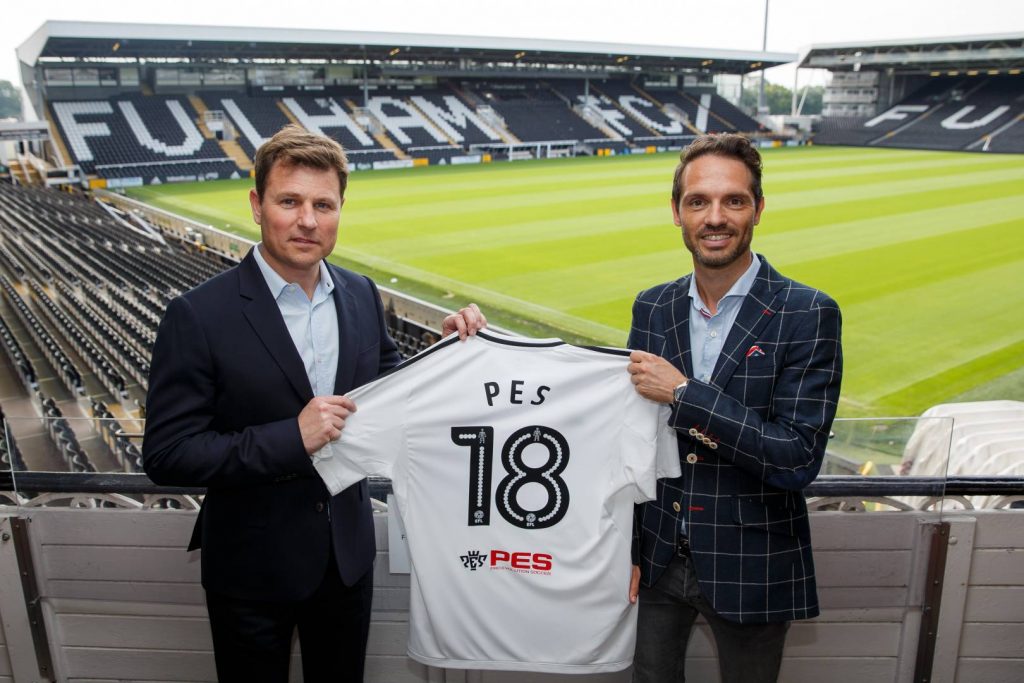 KONAMI Digital Entertainment B.V. has announced it has entered an exclusive global partnership with Fulham FC for its Pro Evolution Soccer (PES) series.

The agreement will see the Championship club perfectly recreated within the publisher’s forthcoming PES 2018 title.

Slaviša Jokanović’s full squad will be recreated in the game with all kits and players to be replicated via Konami’s full body-scanning process, while KONAMI will also have an extensive presence within the club’s stadium, as part of the match day experience, and within the club’s progressive youth academy.

PES 2018 branding will feature on the back of the club’s new home, away, third and goalkeeper kits, and will be the main sponsor of the Youth Team’s kit, showcasing the publisher’s support of the club’s enviable talent base.

KONAMI and PES 2018 branding will also be prominent on the advertising boards around the pitch and within branded areas inside Craven Cottage, and on ball boy kits on match days.

The Club is delighted to welcome @Konami as it’s Official Video Game Partner!

“We will enjoy having prominent branding position on match-days, making full use of the Family Zone, and are proud to be presented on the front of the Youth Team’s kits, as well as a key sponsor to the first XI.”

“We welcome KONAMI as a new partner to the ongoing development of Fulham’s growth,” added Casper Stylsvig, Chief Revenue Officer for Fulham.

“PES 2018 is seen as the definitive football title for home systems and mobile users, and we are delighted to be so well represented within such an illustrious game.”