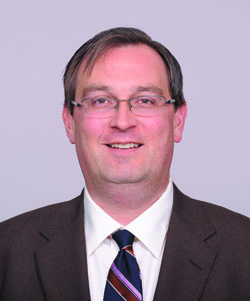 “Kevin has earned these increased responsibilities,” Cass said. “His exceptional sales work for us at both the local and national levels has been instrumental as we attempt to stay financially competitive with the best NFL franchises.”

“It’s a privilege to continue in a leadership role with the Ravens,” Rochlitz said. “Our organization is committed to our community and to the people who live and work here. Our corporate sponsorship staff will deliver the value and service our sponsors, media partners and suite holders have come to expect from the Ravens.”

Rochlitz replaced Mark Burdett, who is now the president and general manager of WUSA-TV in Washington, D.C.

Among the contracts completed by Rochlitz, 42, are the Ravens’ partnerships with MedStar Health, AAA, Visa, Coca Cola, MillerCoors, Anheuser-Busch, Southwest Airlines, Ticketmaster and Dietz and Watson. At M&T Bank Stadium, Rochlitz has created and sold the Bacardi Bar and Talon Pub, as well as the club level bars.

Importantly, Rochlitz coordinated the Ravens’ recent partnership with Under Armour, which led to the team’s Owings Mills, Md., training facility being named the Under Armour Performance Center in 2012.

Before joining the Ravens, Rochlitz spent five years as the senior vice president of sales for Mandalay Sports and Entertainment/Mandalay Pictures, owners of the Dayton Dragons and Frisco Rough Riders (minor league baseball). He coordinated the new stadium construction and sold naming rights for each venue (Fifth Third Field in Dayton, Ohio, and Dr Pepper Ballpark in Frisco, Texas). From 1996-97, Rochlitz was one of the youngest assistant athletic directors in NCAA Division I-A for the University of Miami.