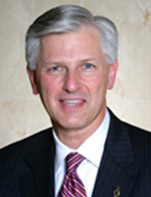 Kevin E. Carroll has been named as the new Chief Operating Officer (COO) and General Manager of the Atlanta Athletic Club (AAC), medicine a prominent and historic golf and country club in Johns Creek, Ga.

His appointment begins on May 21, 2013. Carroll replaces outgoing General Manager A. Christopher Borders, who is retiring after 35 years of service at the AAC.

“The board of directors at the Atlanta Athletic Club welcomes Mr. Carroll to the club. We are confident that he will deliver unsurpassed member and employee satisfaction. Kevin Carroll is the kind of engaging leader we need to take us forward to a prosperous future,” said AAC President Robert P. Dutlinger.

The Atlanta Athletic Club, the home club of golf icon Bobby Jones, was established in 1898 and has hosted many national golf and tennis events throughout the years. The last major the club hosted was the 2011 PGA Championship in which Keegan Bradley won his first major.