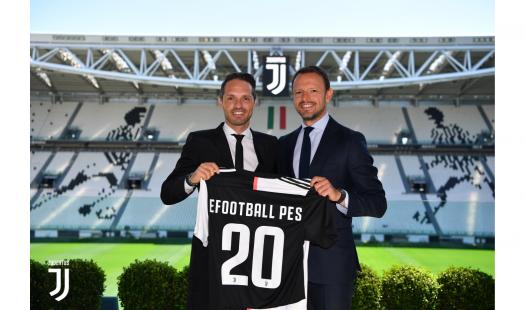 Juventus has named Konami Digital Entertainment B.V. as a long-term and exclusive partner.

The partnership with Konami will see the eFootball PES series have exclusive use of Juventus intellectual property within console football video games, including the team name, the crest, and official kits. In addition, the development team has been granted in-depth access to the players themselves, via full-body 3D scan, in order to recreate their likeliness in the game as accurately as possible.

The Allianz Stadium will also be granted full and exclusive access in the eFootball PES 2020, in order to recreate the stadium and its football fans to such a degree that the level of detail will not go unnoticed.

Juventus Chief Revenue Officer, Giorgio Ricci said: “We are particularly proud of the partnership signed with Konami. This agreement sees two global football and entertainment icons, PES and Juventus partnering together for the next three years, and it will allow us to easier identify with our younger fans, as well as increase our appeal to both sports fans and those of e-sports.”

Jonas Lygaard, Senior Director Brand and Business Development at Konami Digital Entertainment said: “Our comprehensive partnership with Juventus FC, one of the greatest teams in the world, is a clear statement of intent for eFootball PES 2020 – the only console game where you can play as the Italian giants. With eFootball PES, playing is believing and we’re proud to have Juventus FC believe in us and our exciting future together.”