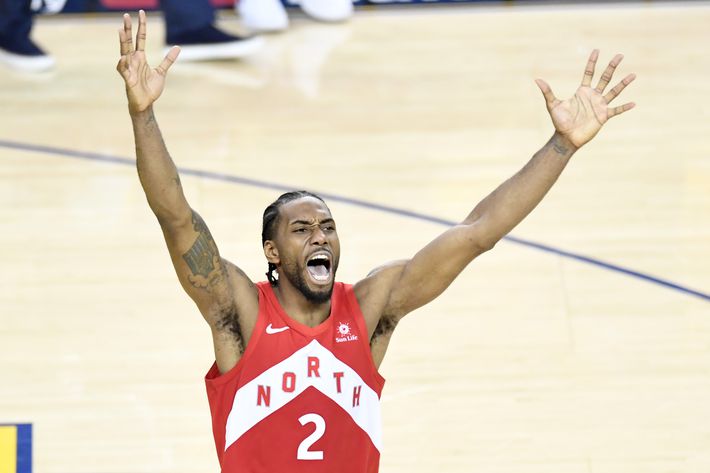 Canadians erupted from coast to coast and all the way up to the Arctic on Thursday as the Toronto Raptors captured their first NBA championship in a country that is traditionally known as the home of hockey.

The Raptors clinched the series in Oakland, California in six games by beating the Golden State Warriors by 114-110 points, sealing a nationwide love affair with basketball.

Jubilant crowds took to the streets in downtown Toronto, the Raptors’ home, well past midnight to celebrate the historic win.

Game 1, won by the Raptors in Toronto, posted an average ticket price of $1,400, a record for the first game of an NBA Finals, and the most expensive live event ticket in Toronto, according to ticket platform SeatGeek.

Game 5 set record viewership numbers in Canada for NBA games, the league said, with an average of 6.4 million viewers, making it the most watched broadcast of 2019 in Canada.

After the victory last night, fans set off fireworks as confetti rained down, creating a carnival-type atmosphere on the streets of Canada’s biggest city. The landmark CN Tower was bathed in gold light as cheering people walked by.

“And that is how we do it in the North,” tweeted Prime Minister Justin Trudeau.

The Raptors captured the hearts of Canadians as they progressed through the playoffs and into the final round against the two-time defending champion Warriors.

Jurassic Park, a public space outside Scotiabank Arena for viewing parties, was filled to its maximum capacity of 5,000 fans for every game in the final series.

For Game 5 in Toronto, fans lined up for two days to get inside the park and set up camp.

As Toronto whipped itself into a frenzy the rest of Canada joined in, with cities across the country setting up their own “Jurassic Park” fanzones.

In Mississauga, just west of Toronto, 30,000 fans regularly attended viewing parties, while bars, restaurants and fanzones were packed from Vancouver to Halifax.

In Montreal, a city known for its passionate sports rivalry with Toronto, authorities closed off two downtown streets to allow fans to watch Game 6.

The fever spread as far as Rankin Inlet, a small Arctic town some 2,280 km (1,415 miles) north of Toronto, where children played well into the night under a sun that never sets in the summer.

The Montreal Canadiens was the last team to win the Stanley Cup hockey championship in 1993, the same year the Toronto Blue Jays captured the baseball World Series.