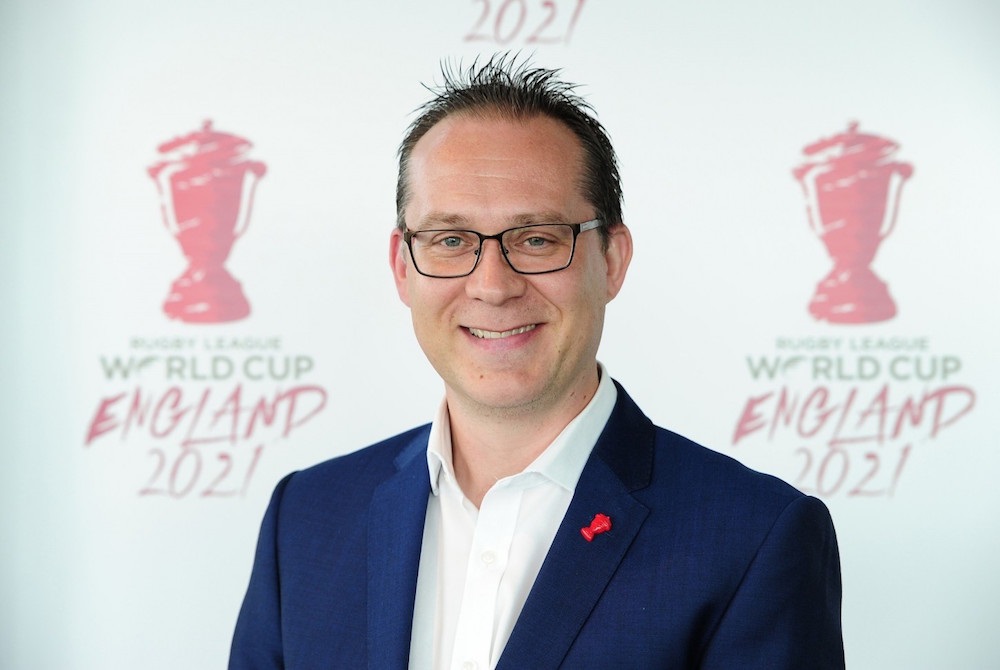 Dutton, who is a sports management graduate with over twenty years’ experience in the sports industry, has previously worked for the likes of PGA European Tour and UEFA.

Speaking of his appointment, Dutton said: “As a lifelong Rugby League fan who has grown up watching the sport, I am privileged to have been given the opportunity to lead the team that will deliver the 2021 Rugby League World Cup.

“Working on the 2013 World Cup provided me with tremendous experience and insight into how to host a successful tournament but the scope and scale of the 2021 Rugby League World Cup will provide completely different challenges and opportunities and I am excited to take these on in the coming years.

“Rugby League is one of the greatest sports in the world and I am determined that we will deliver a World Cup that this country and every sports fan in the UK will be proud of. We have an outstanding opportunity to deliver something brilliant for this sport and I am confident we will do so.”

Chairman of the Rugby League World Cup 2021, Nigel Wood, added: “We had considerable interest in the role but Jon was without doubt the outstanding candidate. He has a wealth of experience and knowledge and has worked at some of the biggest sporting events and organisations in the world.

“He was also an integral figure in ensuring the outstanding delivery of the 2013 Rugby League World Cup and in securing the rights to host the tournament again in 2021.

“Jon outlined his vision for the 2021 tournament and we are all confident that he will deliver on this and that England will host the biggest and best Rugby League World Cup in the history of the competition.”