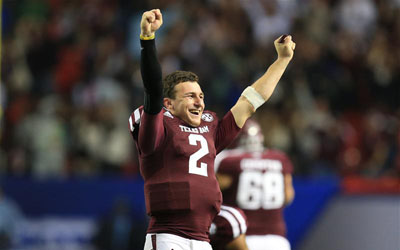 2012 Heisman Trophy winner Johnny Manziel, pills who declared himself for the National Football League Draft last week, buy has hired LeBron James’s marketing manager to help him with business, cough media, entertainment and merchandising opportunities as he embarks on a professional career.

Manziel said the partnerships will allow him to “focus on the hard work and training that I need to do to get ready for the NFL combine and upcoming draft.” The NFL draft starts on May 8 and Manziel is projected as a top-five pick.