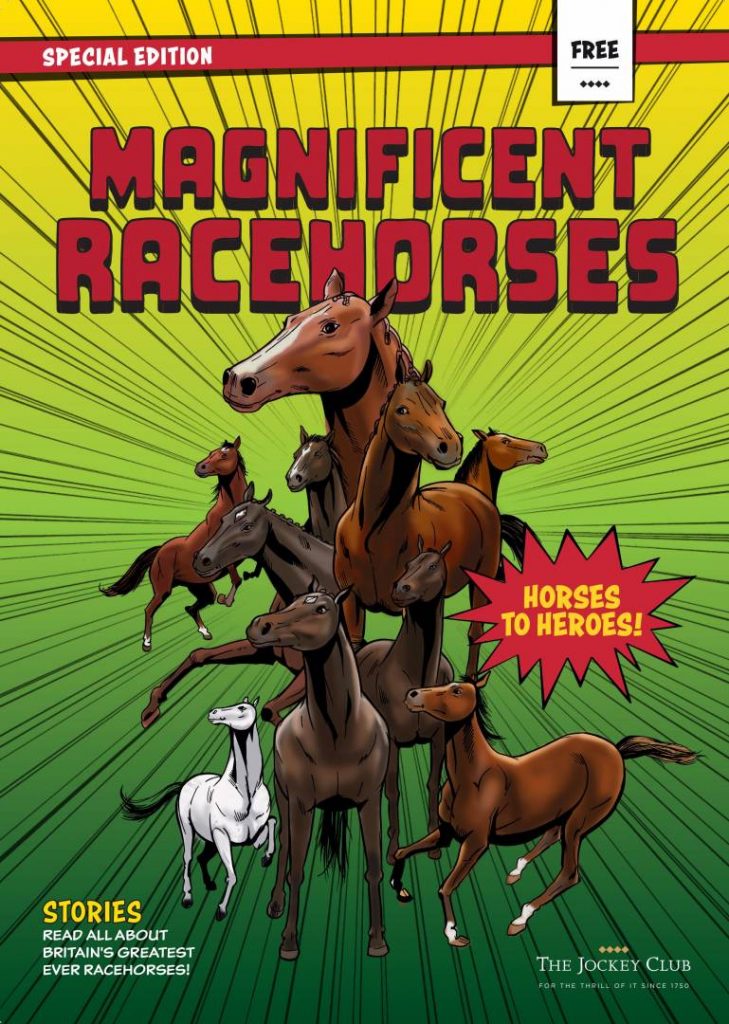 Red Rum, Frankel and Kauto Star have joined the likes of Spider-Man, Black Panther and Captain Marvel by being immortalised in their own comic book, Magnificent Racehorses, being released in the run-up to the Randox Health Grand National at Aintree this weekend.

The world’s first comic book showcasing British racehorses as heroes has been published in an effort to increase the profile of the sport’s greatest stars and promote Britain’s second biggest spectator sport. The comic is the brainchild of The Jockey Club, which runs some of the world’s leading racecourses, including Aintree, Cheltenham, Epsom Downs and Newmarket.

The Magnificent Racehorses comic tells some of the greatest stories of British racing with its most iconic runners given the superhero treatment by Marvel artists Martin Griffiths and Simon Furman. The ten hero racehorses were selected after a poll by The Jockey Club involving several thousand racing fans.

Her Majesty The Queen, who is The Patron of The Jockey Club and has been a Champion Racehorse Owner twice, even makes an appearance in the comic alongside one of her prized horses.

Paul Fisher, Chief Executive of Jockey Club Racecourses, said: “Horseracing is the second biggest spectator sport in Britain and we want to ensure a new generation of fans are constantly discovering the drama and excitement of its stories.”

“Working with some of the best artists to immortalise British racing’s greatest stars in comic book form will hopefully appeal to our sport’s existing fans and inspire new ones including youngsters to experience the thrill of racing themselves.”

The 24-page Magnificent Racehorses comic is available for free via The Jockey Club’s website here.