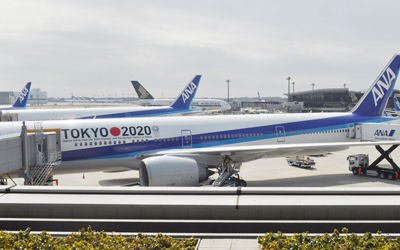 In a study by FlightStats, the two airports were ranked highest based on flight departure times.

Tokyo 2020 have highlighted their ‘world-class’ transport system in previous presentations and this news has been welcomed by their CEO.

Masato Mizuno said: “Having the world’s two best airports right here in our city is the perfect endorsement of why Tokyo can promise to deliver a fantastic and efficient Games.

“We will offer a stress-free experience in the best conditions for all Olympic Family members, athletes, and spectators in the renowned tradition of Japanese hospitality: ‘omotenashi’.

Mizuno added: “The Tokyo 2020 Olympic and Paralympic Games will be a dynamic celebration in the heart of the world’s most forward-thinking city.”

The FlightStats study is an “On-time Performance Report” which compares the on-time performance of scheduled passenger flights (June 2013).

In addition, according to the report, “Tokyo’s Haneda maintained its top spot among the world’s busiest airports.”