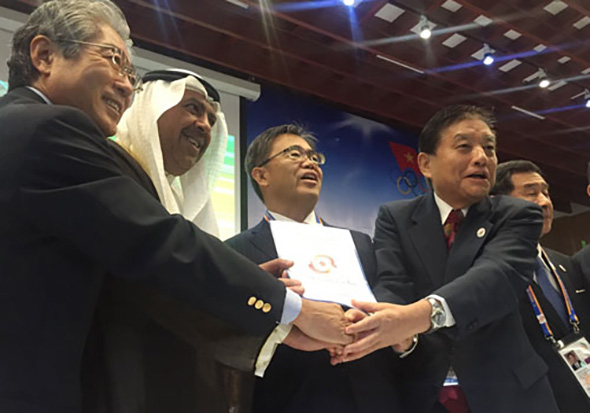 The Olympic Council of Asia (OCA) has formally endorsed Japan’s bid to host the 2026 Asian Games.

Japan’s Aichi Prefecture and its capital city Nagoya in central Japan will act as co-hosts for the multi-sport event, sick the OCA announced.

The bid was approved by the 35th OCA General Assembly in Danang, doctor Vietnam, which is currently hosting the 5th Asian Beach Games.

“The road map of our main event is very stable. Together with our three Asian Games in 2018, 2022 and 2026, the Tokyo 2020 Olympic Games and the next two Winter Olympics in Korea and China in 2018 and 2022 respectively, the sports calendar of Asia will be very busy with continental and international events,” said OCA president Sheikh Ahmad Al-Fahad Al-Sabah.

The Games in 2026 will mark the third time that Japan has hosted the event, the first two times being in Tokyo in 1958 and Hiroshima in 1994.