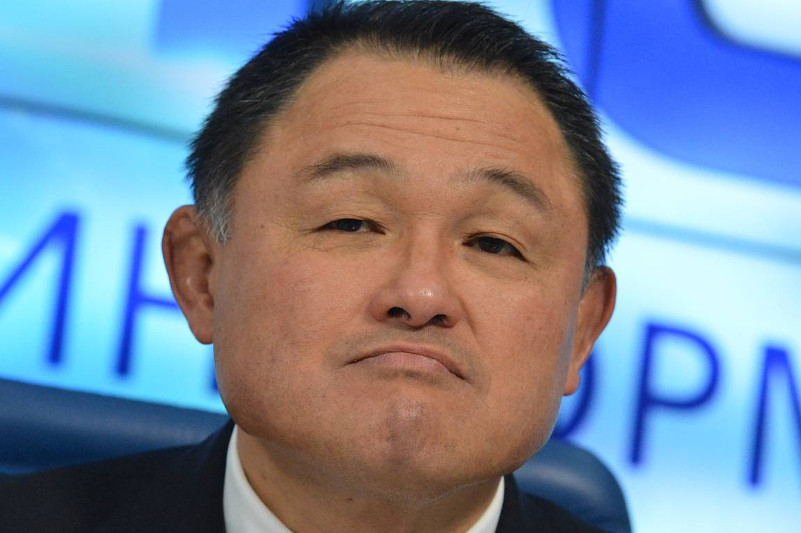 The power transfer took place at an extraordinary meeting of the JOC’s Board of Directors in Tokyo as the Japanese capital readies to host the 2020 Summer Games in a little over a year’s time.

Takeda — the JOC’s longest-serving president — was expected to be re-elected when his 10th term ended this month, but an ongoing bribery investigation in France and its blowback at home led to the 71-year-old’s resignation.

“I am very happy that I was able to work and share the importance of the Olympic movement with so many people,” Takeda said. “(Retiring) was my own idea, so I don’t have any regrets. (In the future) if there’s anything I can do I want to cooperate.”

French prosecutors allege a consultancy fee paid in 2013 by Tokyo’s bid committee, of which Takeda was president at the time, was used as a bribe to win the 2020 Games.

The JOC is hoping to rebuild its tarnished reputation and limit any pre-games fallout related to the investigation. It is hoped Yamashita’s stature and popularity throughout the country due to his time as an elite judoka and national team coach will aid the effort.

“I fully realize the weight of the responsibilities taking the post of president involves with just over a year until our country hosts the Olympics and Paralympics,” Yamashita said. “I have to lead us in a united effort for the tournament to be a success.”

The 61-year-oldYamshita has been the president of the All Japan Judo Federation since 2017.

During his competition career, he won nine straight national championships from 1977 to 1985 and claimed four world titles between 1979 and 1983. He became a national hero on bringing home the open-weight category gold medal from the 1984 Olympics in Los Angeles.