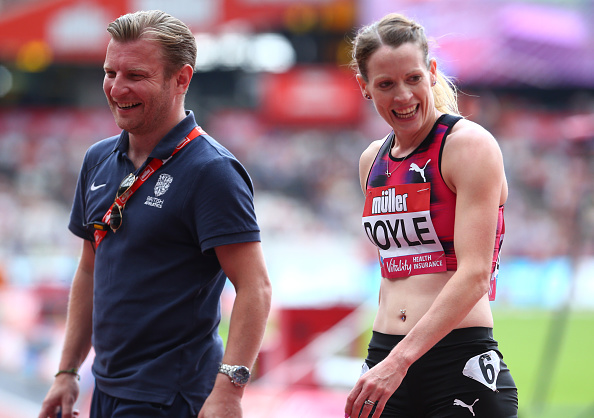 Jamie Fox, Head of Communications, Harlequins: ‘We need to do more as women’s power and influence over sport is still relatively minimal’

iSportconnect spoke with Jamie Fox who is one of the UK’s leading Sports Communications professionals and currently head of communications at the Premiership rugby club, Harlequins.

With an extensive experience across a number of sports, he has held roles at various national teams, governing bodies and organising committees – including British Athletics, Team GB, Commonwealth Games England, the International Paralympic Committee, the British Ski and Snowboard teams and the Sochi 2014 Olympic and Paralympic organising committee.  He also continues to advise Olympic and World Championship medallists Eilidh Doyle and Emily Diamond.

Do you think the influence of women has increased in the sports industry?

While we have seen significant improvements in gender equality across the sports industry in recent years, women’s power and influence over sport is still relatively minimal, so we need to do more.

2017 was the greatest year I can remember for British female athletes, from the England women’s cricket team winning the World Cup in front of a capacity crowd at Lord’s – which was sold out before England even reached the final – to silver medals for the British Athletics women’s 4x400m and 4x100m at the London 2017 World Championships, to the Lionesses getting to the semi-finals of the UEFA Women’s Euros and the Red Roses facing New Zealand in the Women’s Rugby World Cup final.

It has been fantastic performances on the field of play, such as these, which continue to cause a change in attitudes towards women in sport.  But the public interest and support for these teams and individuals was just as important in shifting the dial, as demonstrated by C4’s rightly applauded Euro’s marketing campaign to newspaper editors making the decision to put Anya Shrubsole and the England women’s team on the front of their papers, not just the back.

And 2018 hasn’t started off too badly either, with Lizzy Yarnold, Izzy Atkin and Laura Deas winning three of Team GB’s five medals at the Olympic Winter Games in PyeongChang.  Then this past weekend Katarina Johnson-Thompson, Laura Muir, Eilidh Doyle, Shelayna Oskan-Clarke and the women’s 4x400m relay team claimed six of British Athletics seven medals at the World Indoor Championships in Birmingham.

The athletes are playing their part, and are giving organisations the platforms to build interest in, and normalise, the popularity of women’s sport, so it’s up to us to make the most of these moments and opportunities when they arise. I believe 2018 could be a tipping point.

What do you see as the most significant strides that women have made to achieve equal treatment in the workplace?

You can see it happening in sport and outside of sport, with movements like #MeToo and ‘Time’s Up’ triggering an urgently needed debate about gender equality.  So it’s about how sport seizes this moment in time and uses it to increase equality, parity, representation, participation and engagement in women’s sport.

What do you think could be done, or needs to be done, to achieve greater equality?

If you truly want cultural change across the sports industry, I believe it will only be achieved if it is realised from the top down. If organisations tackle the gender divide at board level and within their senior management teams, they will be more successful when addressing diversity within their organisations more generally.

For example, the IAAF now has a clear pathway, legally enshrined in its new constitution, that will force the sport to have a 50-50 split in all its structures.  Similarly, UK Sport and Sport England’s Code for Sports Governance has also forced change through legislation, with national sports bodies now having to ensure their boards are made up of at least 30% women in order to receive public funding.  And, outside of sport, we have already seen in business how important and impressive the 30% Club has been in increasing diversity within FTSE100 boardrooms.  We will not get more women into leadership positions in sport by just saying ‘it is the right thing to do’ and I believe the only way sport will achieve greater equality is by acknowledging that we need to have specific opportunities for women like this.

How is Harlequins FC fostering change and empowering women?

At Harlequins, we’ve been very proactive in driving equality and parity between the men’s and women’s teams, from the performance side with access to physios, strength and conditioning coaches to building profiles and working to promote our female players in the media and to our supporters as much as we promote our male players.

As part of the celebration, iSportconnect is hosting a celebratory Women in Sport panel at the London Directors’ Club on March 7th.