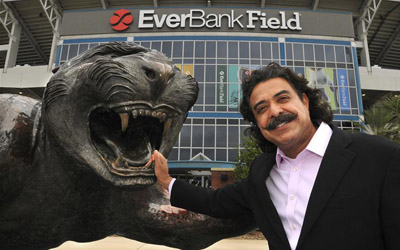 Jacksonville City Council has agreed a deal with the Jaguars to jointly finance a US$4m Wi-Fi service at the city-owned EverBank Field.

The deal means the council will fund $1.2m for the work and is to give up its share of savings on other stadium upgrades, click to the tune of $650,000.

The NFL franchise will pay just over $2m for the Wi-Fi service, which is being installed due to changes in NFL requirements.

Chris Hand, chief of staff for Mayor Alvin Brown said: “It’s all about making sure we have the best possible fan experience at EverBank Field.”

Legislation authorising the deal was introduced and approved immediately on the same night, so the Jaguars could begin the work over the next month.

It was confirmed by attorney Paul Harden, the team’s lobbyist at City Hall, that a contractor was already on standby to begin the work.

It will be the first time the EverBank has had Wi-Fi capabilities.