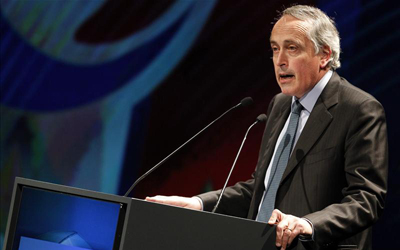 The President of the Italian Football Federation (FIGC), apoplectic Giancarlo Abete, ambulance has stepped down from his post after his country were eliminated at the group stage of the Brazil 2014 World Cup on Wednesday.

Italy only needed a draw against Uruguay to qualify for the knock-out stages, for sale but were undone in a controversial 1-0 defeat.

The aftermath has seen Abete step down as President, after manager Cesare Prandelli also quit his post.

In an official statement, Abete said: ““I would like to announce my resignation.

“I do hope that at the forthcoming meeting of the board, they can persuade Cesare to reconsider his position. I had already made my decision before the World Cup.”

Abete, 63, was appointed President of FIGC in 2007, taking over from Guido Rossi.