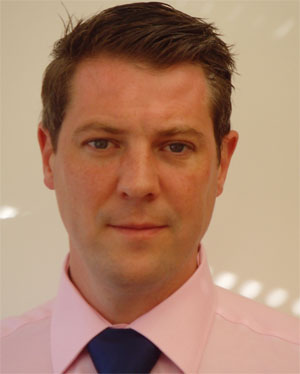 With the 2014 World Cup in full swing I am always interested to see what brands are trying to communicate around the global media event of the year.

We’ve been told for the past four or five years or so that the latest mega event is the social event and that the reaction on Twitter, Facebook and every other social platform is where we all need to be focussing our attention. All very interesting but in my view it still doesn’t add up to a whole hill of beans, especially when it appears that the social campaign is what the brand is hanging its hat on and, in isolation, makes little or no sense. Even worse, you risk opening yourself to ridicule.

As an example – and aside from questions about the relevance or value-add of a mouthwash brand associating itself with a football event – have a look at a sample of the reaction to Listerine’s weird and wonderful hashtag #powertoyourmouth:

This isn’t the only bemusing hashtag adorning the World Cup perimeter boards. McDonald’s bizarre #Fryfutbol wasn’t even mentioned in the 30″ spot they ran at half time of the opening game in the UK and interestingly I don’t think has been seen on their boards since. It may have been pre-planned but this article suggests that the reaction was so bad that perhaps it might be better to run with a corporate URL than with something that makes no sense.

I am a big fan of social media but I see it as a means to an end, a support mechanism, which when integrated into a well thought out campaign can deliver great value. On its own it loses context: It is not a silver bullet and in an increasingly cluttered social landscape – as with every other marketing campaign – brands need a really creative and relevant message to encourage people to engage with it. Social media’s real-time “measurability” appears too often to replace genuine RoI measures and I would argue, leads to laziness and complacency.

Brands need to remember that people do genuinely love these events. They are not stupid and recognise inauthenticity at 100 yards. Ironically, social media can just as quickly break as make a campaign and shouldn’t be taken lightly: as the commentator above says, it doesn’t become a thing people talk about just because you’ve put a hashtag in front of it.

Ben has seventeen years’ experience on the marketing side side of sport. Having spent six years at Chelsea FC, where he was Head of Marketing and a year as Commercial Director at Reading FC, Ben has set up his own consultancy, specialising in improving business model elasticity through genuine long-term customer engagement programmes. Prior to his time at Chelsea, Ben spent nearly four years at Redmandarin, the strategic sponsorship consultancy. Follow Ben on Twitter @ben_wells1 This blog appears regularly at http://benwells1.blogspot.com.