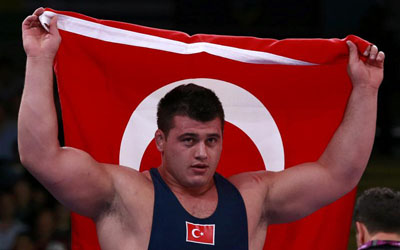 Istanbul 2020: We Want Wrestling Rescued for These Games, Insist Turks

By KEIR RADNEDGE in ISTANBUL

Istanbul bid officials are hoping for a win double from the IOC in Buenos Aires in September with their city awarded the 2020 Olympics and wrestling saved from the brink of a Games extinction.

Last month the executive board of the International Olympic Committee sprang a surprise by deciding that wrestling should compete against seven other ambitious sports for access to the Games programme from 2020.

Wrestling had featured, apart from the one occasion in 1900, on every ames programme ever since its modern revival in Athens in 1896.

The fallout from the executive board’s decision included the resignation of Raphaël Martinetti as president of FILA and strident protests from nations as politically diverse such as the United States, Russia and Iran plus Turkey and Japan.

The significance of the latter pair is that both countries have cities competing for host rights in 2020 in Istanbul and Tokyo, along with Madrid.

Some 62 of Japan’s 398 summer Games medals have been delivered by wrestling but Turkey owes no fewer than 58 of  its 87 medals to the sport.

Sports Minister Suat Kilicm, who is also Istanbul bid organising chairman, took advantage of the presence in the city of the IOC’s 2020 evaluation commission to express Turkish displeasure with the IOC’s procedures.

He said: “We want them to change their rules and revive this discipline. We want wrestling still to be part of the Games. The world wrestling federation also has a great responsibility in this regard. We told them that steps have to be taken to relieve the concerns of the IOC.

“For two of the 2020 Olympic candidate cities wrestling is very important as it was one of the first disciplines in the Olympic Games.”

Wrestling – along with baseball/softball, karate, roller sports, sport climbing, squash, wakeboarding and wushu – will present their case for 2020 access to the IOC executive board during SportAccord in St Petersburg in May.

The IOC will vote on this in Buenos Airesas well as on the 2020 host city and the identity of a new president in succession to retiring Jacques Rogge.

** Wrestling featured 344 athletes competing in 11 medal events in freestyle and seven in Greco-Roman at last year’s London Olympics. Women’s wrestling was added to the Olympics at Athens 2004.