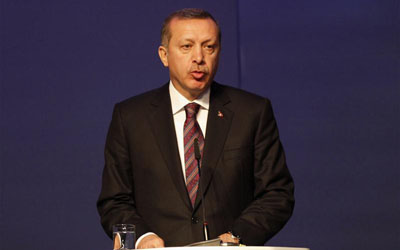 By Keir Radnedge in Istanbul

Turkish Prime Minister Recep Erdogan believes Istanbul, because it represents the ideal of a bridge to peace, would be an ideal city in which to stage the Olympic Games.

Erdogan, a former Mayor of the city, delivered his vision in hosting a formal dinner for the evaluation committee of the International Olympic Committee which is in the city to assess its bid to stage the Games in 2020.

Turkey has never hosted the Games and Istanbul has failed previously in four previous attempts. However this time the city has reached the concluding candidacy phase and goes into the IOC hat with rivals Madrid and Tokyo in Buenos Aires on September 7.

Erdogan told the 14-strong commission that he took enormous pride in his own home city about whose candidacy it was impossible for him to remain unbiased.

He described Istanbul as a world city of enormous contrasts and whose ethos was represented perfectly by the Bosphorus bridge.

The symbolism of the landmark has been reflected in the bid slogan Bridge Together which was ‘unveiled’ on Monday.

Bridges, noted Erdogan, brought together peoples and cultures and thus contributed to making Istanbul an example of co-existence and multicultural harmony. In an Istanbul context the interlocking symbolism of the five Olympic rings made perfect sense.

Erdogan evoked sport’s ability not merely as a platform for mutual respect within competition but as a vehicle for peace. An Olympic Games in Istanbul would send out a message far and wide, from Kabul to Paris, Jerusalem to Rio de Janeiro and from Sydney to New York.

He concluded by reviewing the enormous progress made by Turkey over the past decade and outlined the ambition represented by the masterplan targeted at the centenary of the founding of the republic in 2023.

Three years before then in 2020, he thought, the Olympic Games in Istanbul could serve as a bridge to peace.

The evaluation commission completes its three-city tour today and will then generate a report on all three bid cities to be presented to the full membership of the IOC in early July.