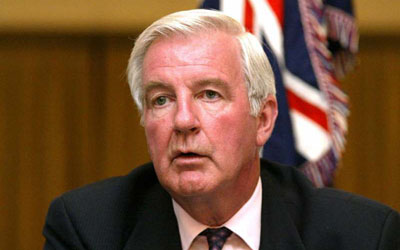 The World Anti-Doping Agency (WADA) has published the 2015 List of Prohibited Substances and Methods, ambulance but president Sir Craig Reedie insists the fight against doping is far from over.

The List, along with the revised Word Anti-Doping Code, will come into force on January 1, 2015.

The document is mandatory for all organisations signed up to the current WADA code.

WADA’s executive committee approved the latest List at their meeting last month after a draft was circulated among stakeholders. The List Expert Group then had to present its conclusions to WADA’s Health, Medical and Research Committee (HMRC).

The proposals were then finalised at the September meeting, which Reedie described as “really productive”.

“The main issues we dealt with were the approval of the list of prohibited substances for the coming year which comes into affect on the 1st of January,” Reedie told iSportconnect. “There are one or two very modest changes, the list has been pretty standard for a number of years but we need to review it each year so we did that.

“We also noted and approved the technical document on sport specific analysis. This is the huge piece of work that’s being done by a group of experts to actually develop a planned testing programme per sport. Some sports are at a greater risk of cheating than others and that’s been a terrific piece of work so that one was done.

“Also we approved about $3.2million worth of research projects; we had 130 applications for projects of which we did about 30. So it was a hard working meeting and I thought really productive and very successful.”

But the hard work continues according to Reedie, and that will be reflected in the new code which comes into force in the New Year. Part of the code will see higher sanctions for repeat offenders, and also greater transparency between anti-doping organisations.

Reedie added: “The work goes on literally on a daily basis. We can never sit down and say ‘well that’s it we’ve won’, we’re not that naïve. But this is a changing scenario day by day. We have to keep up to date and I think we’re making every effort to do just that.”

As the British IOC executive board member approaches the anniversary of his election to WADA president, he took a moment to reflect on his work so far.

“I’ve been busy,” he said. “It’s challenging, it’s very interesting and it’s well worth doing. I was asked by the sports movement to do this so I’ll do it.

“I’m a volunteer, I take on jobs so you better do them.”

WADA’s 2015 List of Prohibited Substances and Methods can be seen here.