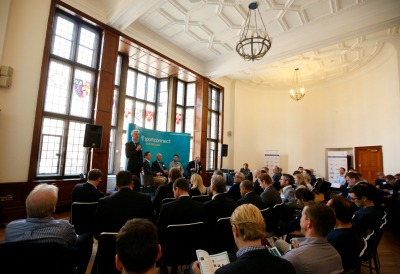 The Grange Wellington provided the setting for the event which attracted top quality delegates from sports brands and organisations with expertise in the subject.

The event was divided into three main discussions with the panels changing to discuss each topic including:

– Overcoming Adversity in an Olympic Year

The talent and development discussion was held by Ged Roddy from the Premier League, Chris Earle from The FA and Mark Upton from the English Institute of Sport.

The discussion revolved around youth policies of the company and being encouraging yet making sure the best talent was chosen.

The conversation was focused on planning ahead and focusing on events that are further away in terms of talent development and performance reviews.

They spoke at length about they have structured their organisations from the top down and developing as well as changing cultures within a sporting entity.

The next iSportconnect event will be the Ticketing and Hospitality Masterclass taking place on the 19th May,

To register your interest in that event please contact Calum Watkins at calum.watkins@isportconnect.com.