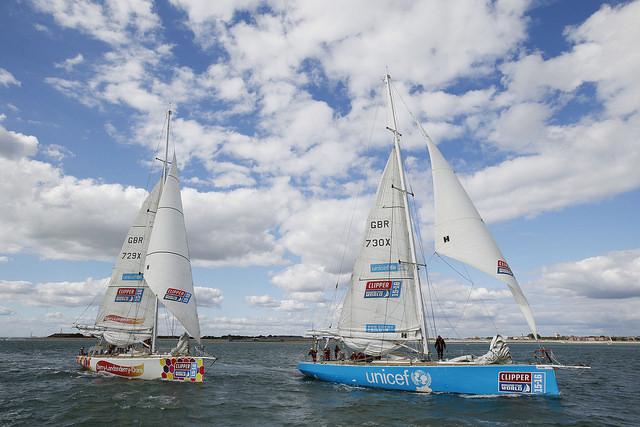 iSportconnect staged an amazing Regatta today in Portsmouth, held with Clipper Round the World Race.

The event, which took place in Gunwharf Quays, attracted some leading executives in the sports business world.

The race saw five teams competing on the high seas:

The participants had a thoroughly enjoyable experience at the event with many already looking forward to next year’s edition.

Richard Clarke, Senior Director of Communications and Digital Media, Colorado Rapids: “Had a great day here at the iSportconnect Regatta, a real chance to just break out from the office and connect with a few people who I had never met before but you end up running a ship racing, being competitive, having a few drinks after, a nice way to relax and bond and build teamwork – a great day!”

To register your interest in next year’s event e-mail adi@isportconnect.com

See more pictures from the event below: