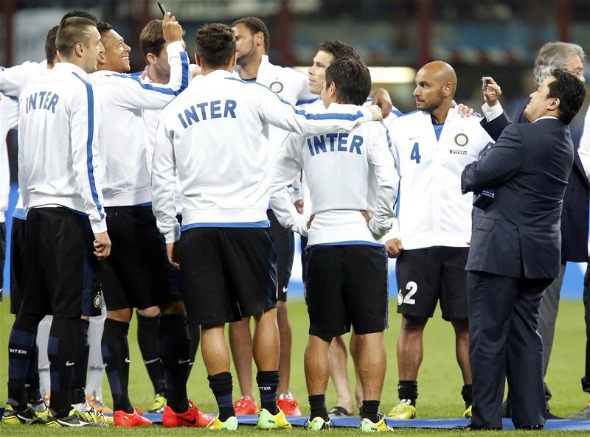 iSportconnect Exclusives of the Week

In the days leading up to the release of the McLaren Report, iSportconnect spoke with WADA President Sir Craig Reedie about the war on doping in sport, as well as the IAAF’s ban on Russian Track and Field athletes competing at upcoming international events, including the Rio Olympic Games.
Read more HERE.
Sir Hugh Robertson on the Doping scandal
Sir Hugh Robertson tells iSportconnect the ‘glimmer of hope’ in the doping scandal is that at least people are being caught now.
Inter’s Global Expansion Plans
Europe’s top football clubs have long battled on-the-pitch for dominance, but off-the-pitch a global battle is being fought to establish the club’s as global brands.

Inter have been at the forefront of that for the last two years –  since they were bought by Indonesian businessman Erick Thohir they have expanded their Asian operation, and now they have just been taken over by Suning Sports – their influence in the region is expected to further rise.

The 2016 European Championships ended less than two weeks ago – with many sports business experts saying it was the most challenging tournament ever to host.

France held the tournament in a midst of a security crisis, with the country having suffered terrorists attacks shortly before, and shortly after, the event.

France’s top priority was to ensure the tournament would not suffer a similar atrocity – and security was high across the venues.

Adrian Bevington was the former head of communications at the Football Association, before going on to become managing director of Club England from 2010 to 2014.

Since then he’s worked the Welsh FA, Nottingham Forrest and Aston Villa.

Read the Q&A with Adrian HERE.

Will the US be bowled over by the Caribbean Premier League?

As the scramble to establish the dominant global Twenty20 league continues, the Caribbean Premier League continues to be the forefront of the movement.

It has become a global phenomenon since it emerged in 2013 and it could be moving to a new level in 2016 when they play in the United States.

It will be an interesting task, cricket is near the back of the queue for sports that interest American fans.