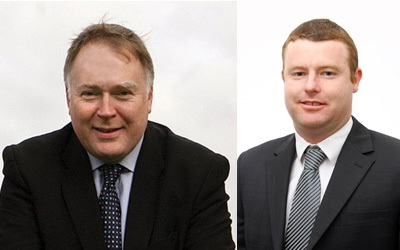 The iSportconnect Directors’ Club is returning to London on the 15th of July 2014, after highly successful events across the world in Dubai, Milan and Paris.

Originally starting in London, iSportconnect Directors’ Club events are a gathering of exclusively invited director level delegates, partaking in a BBC Question Time style discussion with a panel of well-established executives from the sport industry. Followed by networking, the discussion is held under Chatham House rules, allowing for an open and free flowing debate.

The previous two editions of the Directors’ Club were held in Dubai, marking the first-ever event in the Middle East, and in Milan, which was held in association with Euroleague Basketball during the Final Four tournament.

iSportconnect, the world’s largest private network of sport business professionals, is delighted to announce that the new General Manager of the First Utility Rugby Super League, Blake Solly (pictured right) and Simon Bazalgette, the Group Chief Executive Officer at The Jockey Club (pictured left), will be joining the panel.

Bazalgette runs the largest commercial group in British horseracing, whose assets include the Crabbie’s Grand National, the Cheltenham Festival and The Investec Derby Festival. Solly was appointed into his position in May 2014, after working as the Rugby Football League’s Director of Standards and Licensing.

Michael Cunnah, Chairman of iSportconnect commented: “Both Simon and Blake have great experience in the sport industry and everyone at iSportconnect would like to welcome them onto the panel for our next London Directors’ Club. We are all looking forward to another successful Directors’ Club in London following on from the excitement of our overseas events.”

Watch this space for further announcements on panellists, partners and venue.

Social Media Policy: The iSportconnect Directors’ Club follows Chatham House rules and therefore all content must be kept inside. We encourage delegates to tweet pictures and use our hashtag #iSCDirectorsClub but please do not quote panellists.