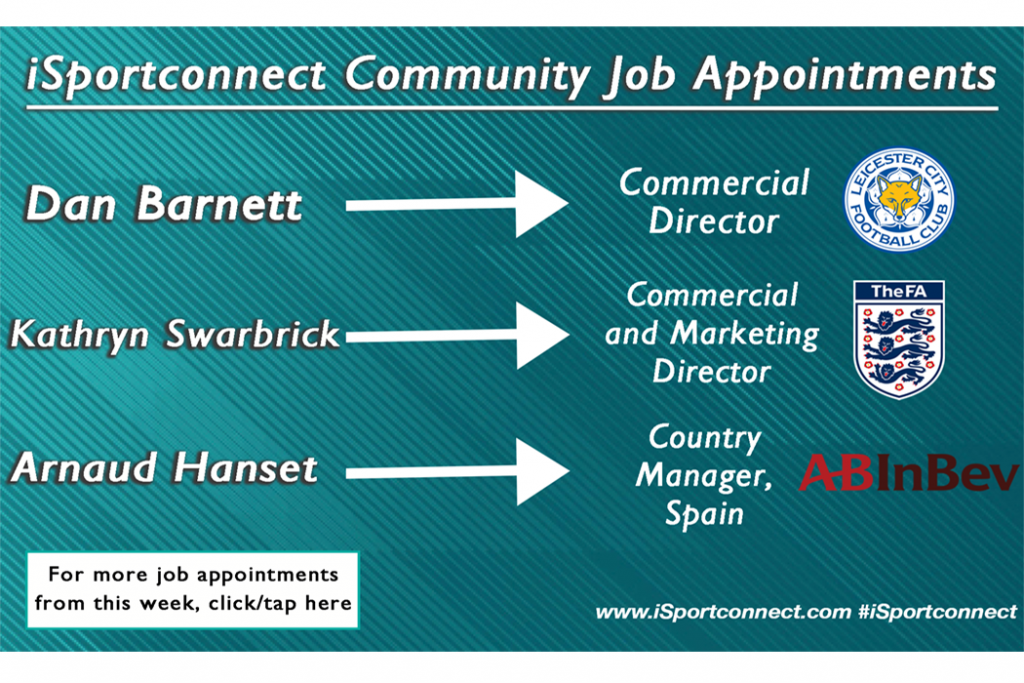 The FA have appointed a new Commercial and Marketing Director, with the role to be filled by Kathryn Swarbrick, who has joined from PespiCo, where she held the role of Vice President of Marketing across Western Europe and South Africa.

Dan Barnett has ended his time with U.S. Ski and Snowboard and heads to the Premier League, where he will take over as Commercial Director of Leicester City Football Club.

Other job changes this week:

Arnaud Hanset has become the Country Director in Spain, for Anheuser-Busch InBev.

Mo Bobat will become Performance Director for Men’s Cricket at the ECB.

Nicola Moloney is now the permanent Head of Events at the Rugby Football League.