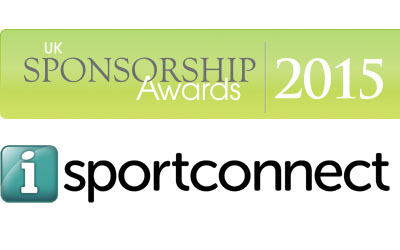 The deal sees iSportconnect become an official media partner of the prestigious awards show to be held on 24th March, 2015 at the Marriott Hotel in London.

Heading into its 21st edition, the UK Sponsorship Awards have been a highlight in the sponsorship calendar for the last 20 years.

The awards reward effectiveness and excellence across all sectors of the sponsorship industry and across all budget bands.

Rosemary Sarginson, UK Sponsorship Awards organiser, said: “We’d like to thank the UK sponsorship industry for its continued support and invite them to join us at next year’s event. With so many high-profile arts, media and sporting events in 2014, we’re sure the quality and creativity of entries will be as breath-taking as ever.”.

Sree Varma, Founder and CEO of iSportconnect, said: “We are delighted to be partnering with the UK Sponsorship Awards, which is such a prestigious awards show. They have done a great job in recognising achievements in the sponsorship industry over the last 20 years.”