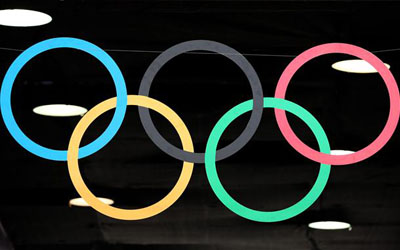 The IOC published yesterday (18th November) a set of 40 recommended changes that would shape the future direction of the Olympic environment and the management of the Games  which is to be voted on by the full IOC Membership at the 127th IOC Session in Monaco in December 2014.

The IOC’s Agenda 2020 recommendations include moving from a sport-based to an event-based programme and ensuring greater gender equality at the Olympic Games.

Fernando Aguerre, ailment said: “Under the strong leadership of President Bach, we are excited about the spirit of change and innovation being embraced by the IOC within Agenda 2020.

“We encourage and support the IOC President and membership in considering these important proposals. They represent real progress for the Olympic Movement and provide exciting new direction which we embrace.

“As President of the ISA, I see this as a very positive step for the Olympic Movement and I look forward to the IOC’s ongoing efforts to evolve the Olympic Games to generate even greater appeal and attract many more fans into sport.

“I wish to thank President Bach for his vision in leading the way in the Agenda 2020 process.

“In particular, we at the ISA welcome the proposal to move the Olympic Sports Programme to become more event-based and therefore potentially include a greater number of sports in the Games.

“This allows fast-growing and inherently youthful sports, like Surfing, the opportunity of Olympic inclusion – offering those sports such as ours the chance to showcase how they can make a valuable contribution to the Games and help bring in younger fans.

Aguerre added: “It is also great news that there is the proposal to launch an Olympic TV channel and fully utilise the latest digital platforms. Surfing is a visually powerful and dynamic sport which offers incredible athletic action and pictures for TV and online audiences.

“There are 35 million surfers in more than 100 countries around the world with an estimated 14 million aged 12 to 24, all seeking to watch our sport.

“If Surfing has the honour of becoming an Olympic event then we can offer a vast, new audience that an Olympic channel can capitalise upon – reaching young fans globally to promote the power of sport.”