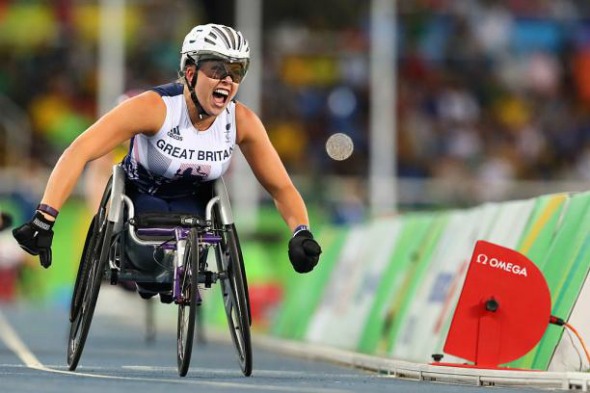 The International Paralympic Committee (IPC) and Channel 4 have signed a letter of intent for the broadcaster to remain as Great Britain’s Paralympic rights holder until 2020, medical covering the next two editions of the Paralympic Games and the London 2017 Para Athletics World Championships.

The announcement for Channel 4 to continue promoting Para sport for the next four years aligns with the broadcaster’s unique public service remit and comes just days after the conclusion of the Rio 2016 Paralympic Games.

During Rio 2016, sale Channel 4 broadcast over 700 hours of Paralympics coverage to strong audiences – with coverage watched by 28 million viewers, pills nearly half of all UK TV viewers. The broadcaster made a ground-breaking commitment to on and off-screen diversity, assembling the largest ever team of disabled presenters on UK television and training 20 disabled production staff who worked on coverage of the Games.

The letter of intent outlines the principles of a new agreement between the IPC, the Paralympic Movement’s global governing body, and Channel 4 with negotiations over the detail of the contract set to continue over the coming weeks.

Sir Philip Craven, IPC President, said: “As shown with its outstanding coverage of Rio 2016, Channel 4 continues to set the international benchmark for how Paralympic sport should be covered by a broadcaster. They lead the way both on and off the screen and we look forward to working with them for a further four years through to the Tokyo 2020 Paralympic Games.

“Whether it is producing international award winning TV advertisements promoting Paralympic sport, recruiting on and off screen talent with an impairment or delivering BAFTA award winning coverage, Channel 4 fully understands that its coverage is not only enthralling audiences but changing attitudes towards people with an impairment.

“Channel 4 has built a reputation on innovating and bringing a new approach to Para sport coverage which many other broadcasters around the world are now following. By extending our long-term partnership for a further four years covering London 2017, PyeongChang 2018 and Tokyo 2020 we can work together to build on the great work and achievements of the last four years.”

Channel 4 Chief Executive David Abraham said: “Over the last two weeks, Channel 4 has engaged millions of British viewers with the awe-inspiring feats of elite athletes from the Rio 2016 Paralympic Games.

“The Paralympics speaks to Channel 4’s public service remit on many levels and I’m incredibly proud that our coverage and marketing of the Games has both helped change public perceptions of people with impairments and encouraged broadcasters around the world to show Paralympic sport.

“I’m delighted to be extending our partnership with the IPC and the worldwide Paralympic movement and I know everyone at Channel 4 will be thrilled at the prospect of raising the bar even higher than before inPyeongChang 2018 and Tokyo 2020.”