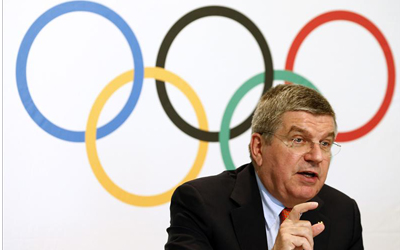 The World Baseball Softball Confederation (WBSC) has received a warning from the International Olympic Committee (IOC) after the Israeli flag and federation name was removed at a Congress in Tunisia.

The Congress in Hammamet earlier this year led to a report by Patrick Hickey, price the IOC Delegate Member for Autonomy.

A statement from the IOC read that they had : “noted that the WBSC reacted quickly to the incident and addressed this issue quickly when contacted by the IOC task force, with the Tunisian Baseball Softball Federation handed a six month suspension.

“Following the recommendation by the IOC task force, the IOC Executive Board decided to issue a warning to the WBSC regarding this incident to ensure that a similar situation is not repeated in the future.”

The statement added that it was of “critical importance of maintaining respect for all members of the Olympic Movement and upholding the Olympic values at all times,” with President Thomas Bach saying the warning was a “clear signal  that the IOC is not accepting any kind of discrimination.”

WSBC President Riccardo Fraccari had been contacted by the Israel Association of Baseball President Peter Kurz demanding he “severely reprimanded” and to “sanction” them from holding events and tournaments.

The Tunisian Baseball Softball Federation has received a six month suspension and will be made to prove they have studied the WBSC Articles and the IOC Charter.

The WBSC is campaigning to have their sports re-entered into the Olympic Programme and this latest episode could prove damaging for their bid.