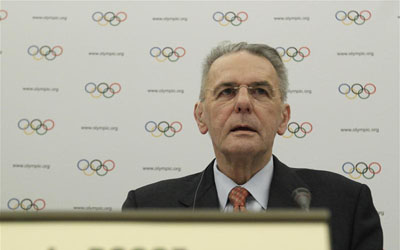 The International Olympic Committee (IOC) have announced Wrestling has been dropped from the core sports guaranteed a place on the 2020 Olympic programme.

IOC’s Executive Board (EB) agreed on the 25 sports it will propose to the 125th IOC Session for approval as the core sports for the 2020 Summer Olympic Games.

The EB recommended that wrestling, governed by the International Federation of Associated Wrestling Styles (FILA), will not be included on the list of core sports.

“I am not sure anyone saw this decision coming, and it is unfortunate for wrestling as they now have to dust themselves off and attempt to convince the IOC that they should be reinstated. Not an easy task,” he told iSportconnect exclusively.
He also said IOC’s decision had not swayed Squash’s plans to be added for the 2020 Olympics.
“As far as squash is concerned it is all about continuing to do what we have been doing in over the past few years. Squash is attracting a young audience due to it’s improved exposure off the back of our hugely improved TV product. Our athletes will keep competing in the iconic venues that we play i, in the belief that squash can bring another incredibly athletic, exciting and truly global sport to the the Olympic Games in 2020.”

The eight sports are scheduled to make presentations to the Executive Board at its meeting in St Petersburg, Russia, in May. The EB will select which of the eight sports to recommend to the 125th IOC Session for inclusion as an additional sport on the 2020 programme.

Golf and rugby sevens were added in 2009 as additional sports to the 2016 Olympic programme.

The 125th IOC Session will take place from 7 to 10 September in Buenos Aires, Argentina.