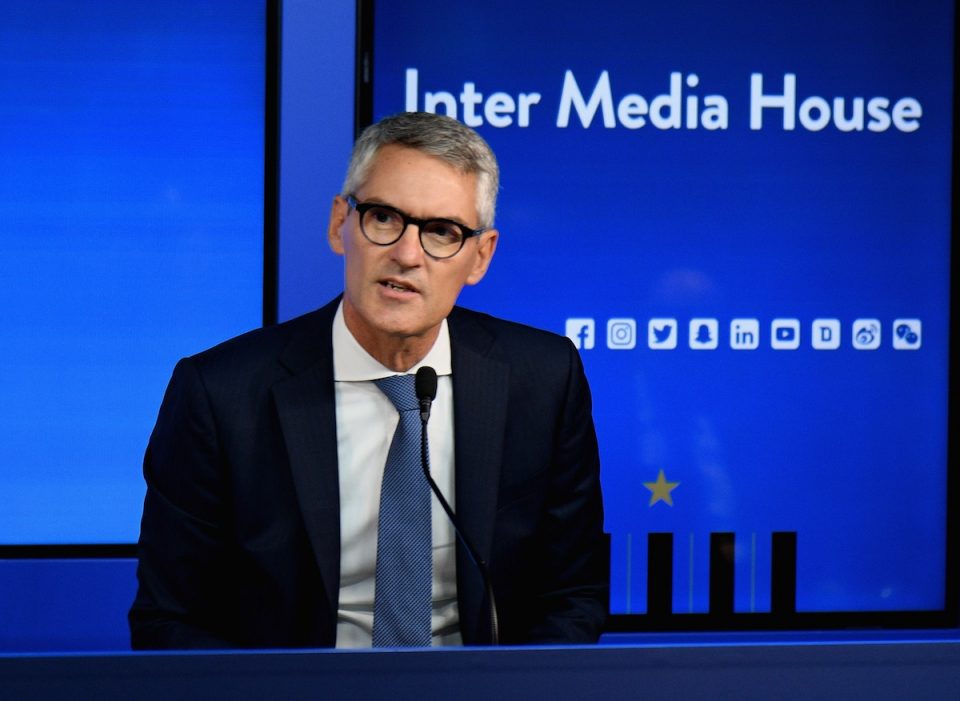 Last season, Inter’s consolidated revenues increased by 20% to reach €417 million, the highest-ever figure achieved by the club, while the EBITDA grew by 53% to €105.2 million. The net result was a loss of €48.4 million, attributed to the significant investments made to strengthen on-field performances.

Here’s what Antonello had to say in his press conference:

“We’re satisfied with the work that has been carried out in the past few years, we’ve more than doubled our revenue since Suning came in. Our increase in turnover is obviously also linked to the exposure of our brand on the Chinese market, but we have also come together to make agreements with 16 new partners, so we also consider regional and local growth important. We’ll continue to work on these two levels simultaneously.”

On the possibility of renewing sponsorship agreements with Nike and Pirelli:

“At the moment, we can say that we have finalised an agreement with Nike for the renewal of retail and licensing rights, starting from November. It’s a very important phase because it will open up new frontiers and allow us to explore new markets. It’s an important opportunity for growth, something which represents a pillar for all major European Clubs.”

“Our relationship with Pirelli has lasted 20 years and we have a contract until 2021. To date, there are no alternatives on the table, we’ll work together to address whether there are opportunities to be had.”

On the number of Nerazzurri fans throughout the world, a figure which is constantly growing:

“Our fans’ support allowed us to break the one-million barrier for the total number of spectators who attended San Siro last season and our average attendance was 61,000, the highest in Italy for the fourth successive year and the fifth highest in Europe ahead of the likes of Real Madrid and Arsenal. Beyond that, the most important data is the constant growth of our numbers.”

“The growth of our digital channels is testament to this. The figures in this respect are also record-breaking: we had 22 million followers in June and now we’re up to 28 million. This amounts to a very high growth rate, thanks to the content produced by our very own Inter Media House. This content is of high quality and also targets youngsters and women.”

On the new Milan stadium project:

“We’ve begun a journey with the Institutions of the City of Milan. A feasibility study has been submitted, and this represents an idea for an important area like San Siro. Discussions are taking place with the Institutions, citizens and fans, we’re taking on board all the feedback that is being given to us. We are firmly convinced of the project that we have presented and the Ipsos survey has told us that 64% of citizens see everything in a positive light.”