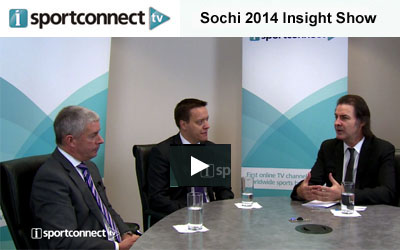 Security at the Sochi 2014 Winter Olympic Games will be successful if the plan is fully integrated across different sectors according to the people behind security and venues for the London 2012 Olympics.

The Opening Ceremony at Sochi is today and much of the build-up to the event has focused on the threat of a terrorist attack.

The trio offered insight into how a major event builds security into their plans and highlighted the need for Sochi to integrate security plan with numerous sectors of the event.

Numbers alone is not enough

Sochi 2014 will have a reported 40,000 security personnel for the event. When asked if numbers alone was enough, Amery said: “No definitely not. Obviously you need the resources to deliver the plan, but the key to all of this is integration.

“There are numerous security agencies, from the intelligence side to the police, the military and they all need to understand where their responsibilities lie.

“But more broadly there is the partnership with the venues team, transport and logistics. So it is one integrated security plan where everyone has a responsibility for the security of the event.

“It is not just about 40,000 people security guards. It is not people it is about the entire integrated solution.”

A heavy security presence in Sochi has led to fears that the spectator experience could be compromised.

May, who worked on the venue delivery of London 2012 was optimistic however that Sochi organisers would get it right.

You can hear more from Amery, May and Pirrie, all of whom played such a pivotal role in the delivery of the last Olympic Games, on the Sochi 2014 Security Insight Show on iSportconnect TV.