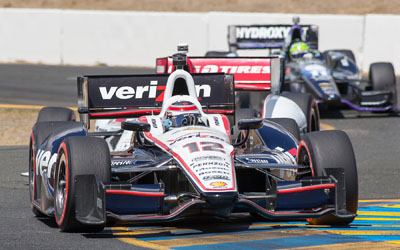 IndyCar to Return to Brazil in 2015

IndyCar announced today it is returning to Brazil next season and will sanction a Verizon IndyCar Series event at Autódromo Internacional Nelson Piquet in the capital city of Brasília during the 2015 season.

Hulman & Company CEO Mark Miles and Maruska Souza Holanda, President of Terracap, a government-owned company that owns the racetrack, made the joint announcement from Brasília today. The Brasília Indy will be held on March 8, 2015.

“We’re eager to continue IndyCar’s rich history of racing in Brazil with today’s announcement of a Verizon IndyCar Series event in Brasília  next season,” Miles said. “This event is an instrumental step in the growth of INDYCAR as we continue to execute our strategy of adding race markets and events that drive us forward. We’ve received a tremendous amount of support from Governor Agnelo Queiroz, the Government of the Federal District – GDF and the Bandeirantes Communications Group throughout this entire process. IndyCar fans throughout the world are unbelievably enthusiastic about our sport and we’re excited to showcase another thrilling event next season.”

IndyCar previously sanctioned a Verizon IndyCar Series street race in São Paulo (2010-13) and CART raced in Rio de Janeiro (1996-2000) on an oval circuit that was also named in honor of Piquet.

“I look forward to having the race in Brasília; it will be a marvelous event not only for developing Brasília but for all of Brazil,” Brasília Governor Agnelo Queiroz said while visiting the Indianapolis 500 in May. “The racetrack is located close to downtown and we expect more than 100,000 fans at the event. The racetrack is a permanent facility and it was built in the center of the city in 1973, and we were determined in our improvements that the track should meet the safety and performance requirements for IndyCa, F1 and MotoGP. We truly hope the event will bring investments and economic development for the whole Central region of Brazil.”

Brasília joins NOLA Motorsports Park as the second new IndyCar venue added to the calendar for next season. IndyCar officials are currently finalizing the entire 2015 Verizon IndyCar Series schedule, which will be announced later this offseason.