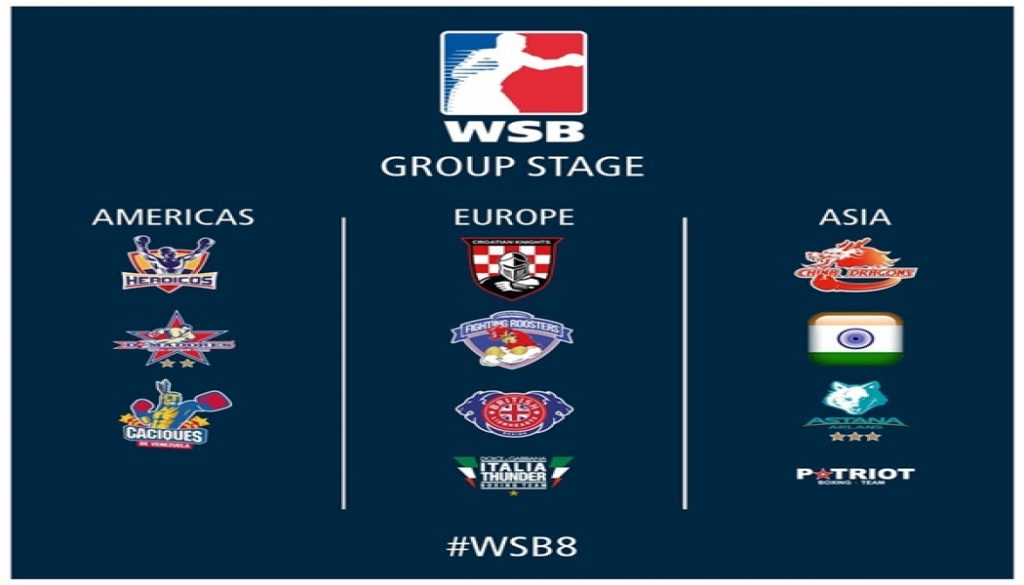 World Series Boxing (WSB) Season VIII is set to feature teams from India and Croatia for the first time.

The format of the tournament will follow the three-group, regional regular season and global play-offs. Fans will be able to live stream the matches on WSB social media channels.

AIBA interim president Franco Falcinelli said: “In terms of the quality and excitement of boxing on show, entertainment and production levels and our global audience reach, WSB Season VII set new standards for our sport.

“In Season VIII, we can now go even further, with India’s vast and growing appetite for boxing adding a new dimension to the 2018 competition and the Croatian Knights bringing with them all of that great nation’s boxing history.”

Astana Arlans Kazakhstan general manager Sayat Abildin said: “After the dramatic Season VII final, Astana Arlans are preparing to make history and assert ourselves once more on the WSB competition.

“The boxers love the format and it has helped them develop and grow as athletes and the competition has truly brought boxing to new audiences. The team is preparing to defend the title we won last year against Cuba Domadores and we are confident that we can reach our fifth final.”

Croatian Knights General Manager Mladen Mikolcevic said: “We are delighted to have a Croatian team making its debut in the World Series of Boxing for the first time in Season VIII. The competition is part of our strategy to help our boxers to secure a successful Tokyo 2020 Olympic qualification pathway.

“Several members of the side have already amassed significant WSB experience with the likes of British Lionhearts and Astana Arlans and will be sharing that precious know-how with their teammates, allowing Croatian Knights to go into the competition confident of making a big impact and progressing through to the play-offs.”