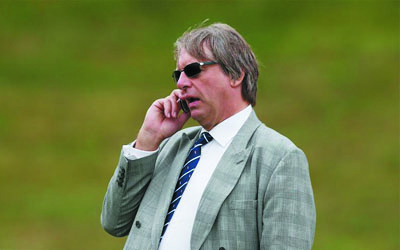 International sports marketing company IMG has formally apologised to Giles Clarke for the way it handled a legal dispute with England and Wales Cricket Board chairman from 2010 to 2012.

A libel case was brought against Clarke after he sent an email to the Board of Control for Cricket in India five years ago voicing his concern over the content of meetings in Mumbai between IMG, then Indian Premier League commissioner Lalit Modi and several county representatives.

Clarke believed the intent was to set up a rebel Twenty20 league in England which would be detrimental to the structure and constitution of domestic cricket.

The issue was resolved in an out-of-court settlement in February 2012 and IMG has expressed its regret at the long-running legal battle.

In a statement IMG said: “IMG’s work on behalf of sporting federations has been a cornerstone of its business for many years. IMG has built strong and long standing relationships with sports governing bodies and their officials

“In light of that and with the benefit of hindsight, IMG deeply regrets the way in which it handled the dispute with Mr. Giles Clarke CBE (Chairman, England & Wales Cricket Board) between 2010 and 2012, and sincerely apologises to Mr Clarke and his family for the distress that the court proceedings caused.

“IMG is committed to ensuring that all of its actions are considered in a manner that is consistent with the company’s values and traditions.”