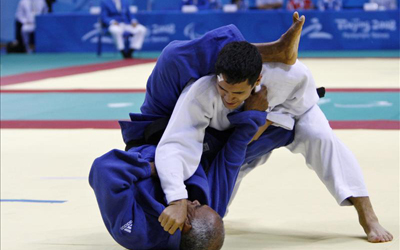 Under the agreement, order the IJF, who already governs the Paralympic judo competition, will work closer than ever with the IBSA.

Norbert Biro, Chairman of the IBSA Judo Committee described the MoU as a ‘turning point in the history of the IBSA.’

“It is very necessary to have a close cooperation with the international federation for the development of sports,” said Biro.

“It is very important for those with a visual impairment to be integrated into the all sectors of society including sport.”

The idea was launched by IJF President Marius Vizer, who said: “It is a great honour to have a long-term contract with the IBSA.”

Visually impaired men’s judo was introduced to the Paralympic programme at the Seoul 1988 Games, with women joining in Athens 2004.