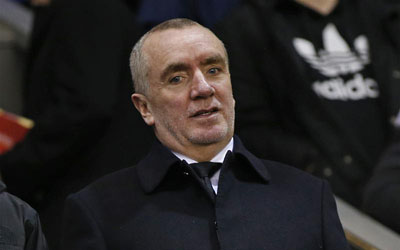 Ian Ayre to step down as Liverpool CEO in 2017

English Premier League club Liverpool have announced that Ian Ayre is to step down as chief executive officer at the end of May 2017.

Ayre joined the club in 2007 as commercial director and the club’s board of directors in 2009, ambulance before being promoted to managing director in 2011 and chief executive in 2013.

Commenting on Ian’s decision, principal owner John W. Henry, chairman Tom Werner and president Mike Gordon said: “Ian advised us of his intention to step down as CEO a few months ago.

“Stability is a commodity often under-valued in sporting organisations, but it has been a fundamental hallmark of Ian’s time in charge. Liverpool will reap the benefits of his outstanding work for many years to come.

“We will at some point in the near future begin identifying and recruiting a successor to continue to build on the foundations which have been laid by Ian.”

Ian Ayre added: “If becoming chief executive of Liverpool Football Club was the greatest honour of my professional life, then deciding to step down at the end of my current contract is by far the most difficult.

“Having the privilege to lead this great club comes with huge responsibility and challenge but one which I have relished and I feel proud of my achievements in the role.

“I believe the end of next season is the right time to pass the CEO baton on to a new person, who will take on the challenges and opportunities with a fresh enthusiasm and vigour.”