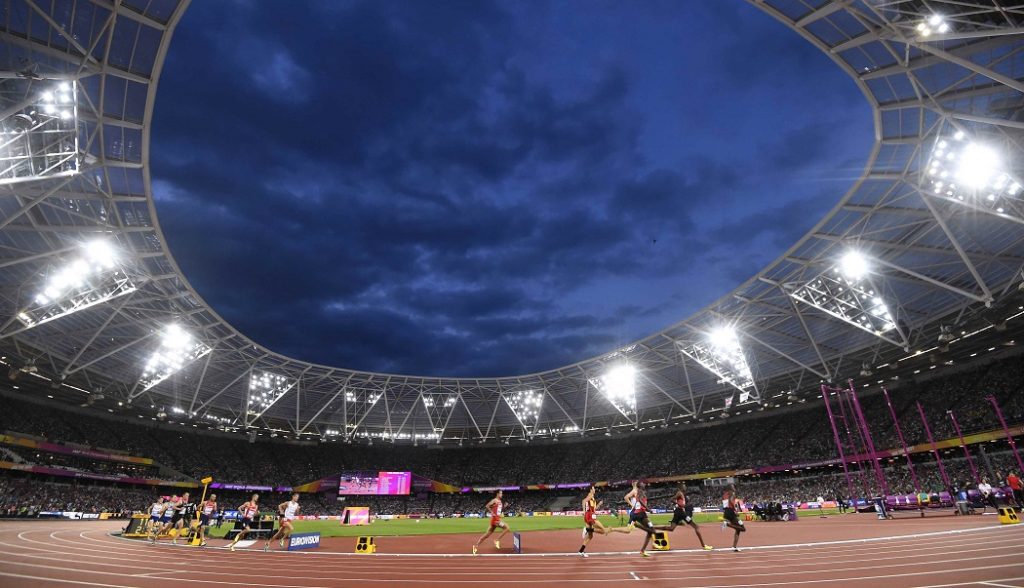 Held in the UK for the first time ever, 2,200 athletes from 203 nations travelled to London while fans from across Britain and the globe poured into the London Stadium and onto the capital’s streets to make history.

The Championships will go down as the best ever for ticket sales after organisers were awarded an official Guinness World Record for the number of tickets sold for an IAAF World Championships in front of a packed London Stadium on the closing night.

The figure recorded on the official Guinness World Record certificate is 701,889 but with that taken two days before the end of the Championships, it will be updated to reflect the over 705,000 eventually sold. Session 12 on the morning of Saturday 12 August was the best ticketed session at 56,620.

The London Stadium was not the sole focus for the Championships with the men’s and women’s marathons, held on the same day of the Championships (Sunday 6 August) for the first time ever, and attracting 150,000 spectators around its landmark filled 10km loop course.

Niels de Vos, Championship Director and CEO of UK Athletics, said: “As the organising committee of the IAAF World Championships London 2017, we are extremely proud to have delivered a Championships that has received such great support from the athletes and the public, whether watching in the stadium or at home.

“Over ten days of world-class athletics both in Stratford and across central London, we have witnessed the world’s top sportsmen and women perform at their very best. The response has truly shown the impact athletics continues to have on the UK and beyond.

“From our record-breaking ticket sales to the fantastic dedication of our Runners and even to our official mascot Hero, it has been a pleasure to stage these Championships for every single one of the 2,200 athletes from 203 nations involved.”

What a journey it’s been. pic.twitter.com/t2bDZpJ9o6

The Mayor of London, Sadiq Khan, said: “The IAAF World Athletics Championships really captured the spirit of London and will live long in the memory as another chapter in an unforgettable summer of sport in our great city.

“More than 700,000 people filled the London Stadium, beating all previous attendance records, while millions around the globe have been watching what has been a truly memorable World Athletics Championships.

A big thank you to all the #London2017 volunteers who have made these Championships possible. #LondonIsOpen pic.twitter.com/LybYMIk88s

Simon Morton, COO of UK Sport and London 2017 Board member, said: “The World Athletics Championships has broken records and brought back the spirit of London 2012 to London and the UK.

“From our enthusiastic crowds, dedicated volunteers and of course this spectacular venue, we have once again shown why the UK is the best place in the world to host major sporting events.”