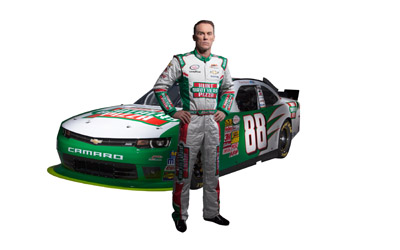 Hunt Brothers Pizza, ampoule the nation’s largest brand of made-to-order pizza in the convenience store industry, is returning to the NASCAR XFINITY Series in 2015 with its sponsorship of Kevin Harvick and JR Motorsports.

For the second consecutive season, Hunt Brothers Pizza will serve as primary sponsor on Harvick’s No. 88 Chevrolet for four XFINITY Series races.

Harvick, a two-time series champion and winner of 84 races across NASCAR’s three national series, will share driving duties of JR Motorsports’ No. 88 entry in 2015 with veteran drivers Dale Earnhardt Jr. and Kasey Kahne. To date, Harvick has earned four victories, 12 top-five and 14 top-10 finishes in 14 starts during his debut season racing part-time for JR Motorsports.

“We are excited to have the opportunity to work with Kevin again in 2015,” said Keith Solsvig, vice president of marketing at Hunt Brothers Pizza. “We appreciate our partnership with Kevin and JR Motorsports because it allows us to bring unique experiences to our fans. They love racing and we do too.”

Harvick won NASCAR Nationwide Series championships in 2001 and 2006. He ranks third on the series’ all-time wins list with 44 victories. In addition to those wins, he also boasts 171 top-five and 235 top-10 finishes in 315 career starts at the Nationwide Series level. His resume also includes NASCAR Sprint Cup Series victories in the Daytona 500, Coca-Cola 600, Brickyard 400 and Southern 500.