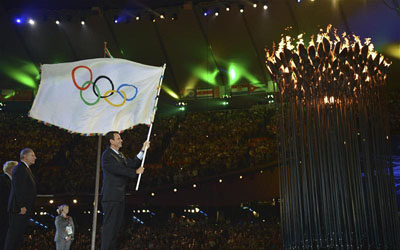 The chairman of the Hungarian Olympic Committee has revealed the Olympic authority has received a letter containing a terrorist threat ahead of the upcoming winter Olympic Games in Sochi.

Zsolt Borkai, who told the report to national news agency MTI on Wednesday, also suggested  the Hungarians are taking the threat seriously and have notified the International Olympic Committee and the Russian organisers.

He also suggested he had knowledge of other countries’ Olympic committees receiving similar threats.

“The information is true, unfortunately,” Szabo said. “A letter written in Russian and English was received at the HOC’s international e-mail account, threatening the Hungarian delegation to Sochi with terrorist acts.

“They also told us we had better stay home… Obviously the HOC will not make the decision on how seriously to take the threat or, God forbid, to stay away from the Olympics.”

The Slovenian Olympic Committee also told Reuters on Wednesday it had received a letter containing a terrorist threat ahead of the Winter Olympic Games.

“The committee has received a terrorist threat letter written in Russian. We’ve had it translated and have forwarded it to the police,” said spokesman Brane Dmitrovic.