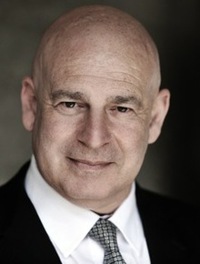 How to Value Sponsorship – Steven Falk

The traditional model for valuing sports sponsorship is limited to estimating the media value of the promotional inventory offered and comparing the result to the cost of purchasing the same level of exposure from a variety of advertising media.

It’s the preferred approach of most valuation agencies because it’s quantifiable and works off a set rate card.

From a football club’s perspective, this is the difference between having your promotional inventory valued by media rate card alongside the competing offer from any other club and gaining full value for all of the direct and indirect benefits a sponsorship relationship with your particular club can deliver.

So what are these intangible assets that agencies find so difficult to value? Here is my list:-

Exclusivity – it may not be possible to gain access to the promotional inventory without sponsorship. Comparison with media rate cards therefore becomes irrelevant
Success on the pitch – the record of achievement through honours won and rankings gained is a significant differentiator of one club from another
Strength of following – the level of social media chatter between fans and about the club offers sponsors a unique opportunity to engage their brand through association
Media prominence – certain clubs achieve such prominence that their activities occupy not only the back pages but the front and middle ones as well
Glamour factor – the location and history of the club; its star players; its owner; the team manager can contribute to the ‘star quality’ that can rub off on sponsor brands
Brand strength – the conjunction of brand values espoused by club and sponsor; the stability and future prospects for the club both underpin the value of a sponsorship

Until clubs can identify, present and sell the advantages their particular intangible assets can bring to a sponsorship relationship they will continue to receive less value than they deserve.

Steven Falk is director of Star Sports Marketing a consultancy providing advice on sponsorship activation, CRM, brand and affinity marketing. He was previously Marketing Director at Manchester United. You can follow him on Twitter @steven_falk or visit www.starsportsmarketing.co.uk