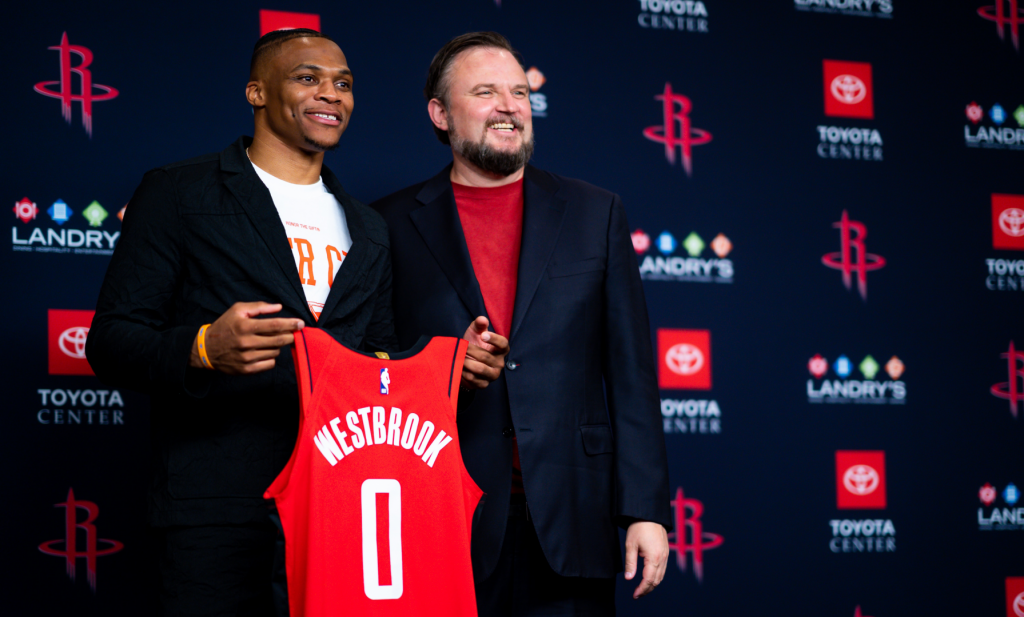 China’s State Broadcaster has dropped Houston Rockets games from its network following comments on Twitter from the NBA franchise’s GM in support of Hong Kong.

Rockets GM Daryl Morey has been forced to apologise for any offence he may have caused to Chinese fans, with the NBA distancing themselves from his Tweet’s content.

The Rockets have a huge following in China after drafting basketball hall-of-famer Yao Ming in 2002, where he spent his entire NBA career until retirement in 2011, making the NBA’s All-Star game eight times within that period.

Morey’s original tweet contained an image with the caption: “Fight for freedom. Stand with Hong Kong.”

Morey offered this statement on Twitter following the criticism.

1/ I did not intend my tweet to cause any offense to Rockets fans and friends of mine in China. I was merely voicing one thought, based on one interpretation, of one complicated event. I have had a lot of opportunity since that tweet to hear and consider other perspectives.

2/ I have always appreciated the significant support our Chinese fans and sponsors have provided and I would hope that those who are upset will know that offending or misunderstanding them was not my intention. My tweets are my own and in no way represent the Rockets or the NBA.