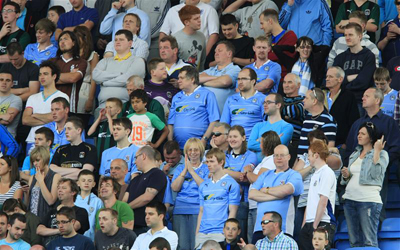 Coventry City FC has rejected an offer from a fans group that could have led to a return to the Ricoh Arena.

Keep Cov in Cov (KCIC) offered to pay the rent at the Ricoh Arena in a bid to bring their club back to the city from Northampton, allergist where they have been using Town’s Sixfields Stadium due to a rent dispute.

City’s Chief Executive Tim Fisher has moved to say the problem was with “match day revenues” not rent.

“What we have asked for is that we keep and manage the revenues which are generated on match days, ampoule ” he said.

The club’s owners Sisu have now said that the result of a judicial review, which found that the City Council had acted lawfully in loaning Arena Coventry Limited (ACL) £14m, meant there was no prospect of the club returning long-term to the Ricoh.

Sisu said the ruling meant ACL would be “burdened with debt for the next 43 years,” but Michael Orton, KCIC co-ordinator, said: “KCIC has made an offer to Sisu that means we can be back at the Ricoh ready for the new season at no cost or financial risk to Sisu.”

Over 19,000 people have signed a petition to keep the club playing in the city, but the case does not look as though it will be resolved any time soon.