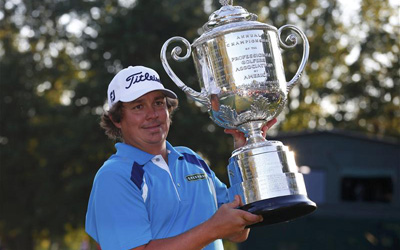 Three major golf tournaments will head to the TPC Harding Park in San Francisco, including the 2020 PGA Championship.

The other tournaments to be played at the golf course, which is owned by the City and County of San Francisco, are the 2015 World Golf Championships Match Play Championship and the 2025 Presidents Cup.

The 2020 PGA Championship will be the first time the final of the four majors has been hosted in the city.

PGA of America president Ted Bishop said: “The PGA of America is proud to be taking its major championship in 2020 to the City of San Francisco, home to one of the premier venues that embraces public golf along with the skill to stage some of the game’s greatest events.”

The course previously hosted the 2005 WGC-American Express Championship and the Presidents Cup in 2009, in a move that made it the first West Coast venue to stage the event.

“Not only are we returning to TPC Harding Park, which was a spectacular and hugely successful venue for the Presidents Cup 2009 and a World Golf Championships in 2005, but we are also furthering this historic and important partnership with the City and County of San Francisco.

“The Tour’s commitment to Harding Park, now further bolstered by that of the PGA of America bringing the PGA Championship here in 2020, ensures golf’s longstanding legacy in this great city.”