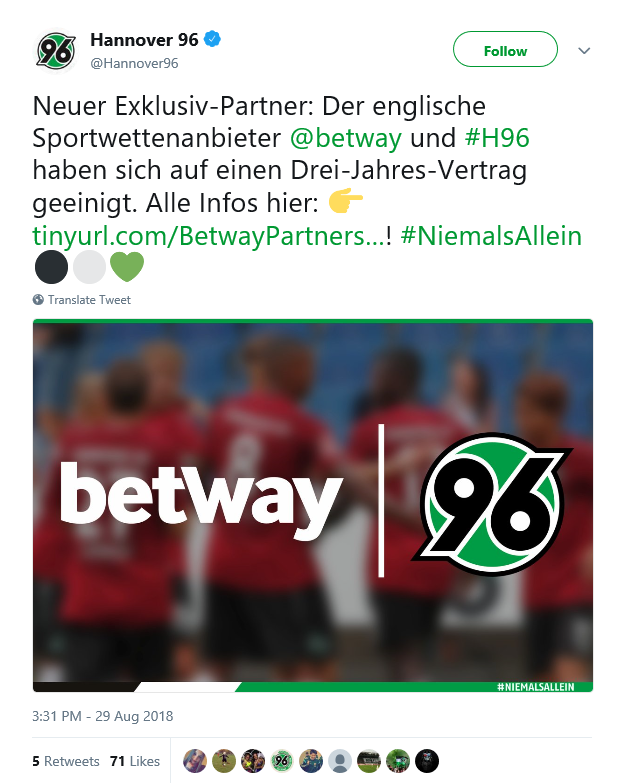 Commenting on the deal, Betway’s CEO, Antony Werkman, said: “The German market is very important to Betway, so I’m delighted to announce our second deal of the summer with a Bundesliga club.

“Hannover 96 is an established first league team and they’re another exciting side to be involved with. We’re looking forward to the coming seasons in what will hopefully work out to be a great partnership for the club, the fans and us.”

Martin Kind, CEO of Hannover 96, added: “We really appreciate that we could convince Betway to become our betting partner. We are looking forward to a high-performing partnership with an innovative output.”