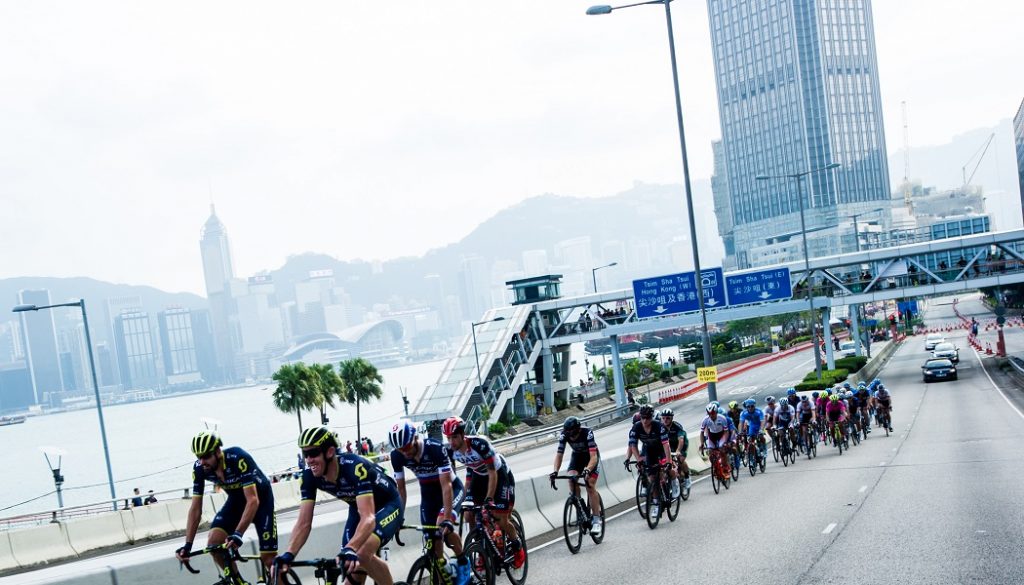 Hammer Hong Kong will provide a chance for fans to see the best teams in the world race close up in one of the world’s most exciting destinations. As part of the Sun Hung Kai Properties Hong Kong Cyclothon, Hammer Hong Kong will see the biggest and best UCI WorldTour cycling teams compete for glory in a special, one-off race day on the streets of the iconic territory.

“The Sun Hung Kai Properties Hong Kong Cyclothon has grown from strength to strength since its first edition four years ago and has continued to expand and draw more top-notch cyclists from around the world.

“This partnership is a natural move for the HKTB to upgrade the UCI Asia Tour Class 1.1 road race into a world-class spectacle and is in line with our continued efforts to enhance every element of our diverse range of mega events which contribute to Hong Kong’s status as the events capital of Asia.”

“We passionately believe in our ‘sports for charity’ effort and in promoting cycling at all levels to fans in Hong Kong, China and rest of the world. With this year’s introduction of Hammer Hong Kong presented by Sun Hung Kai Properties, an unprecedented number of WorldTour teams will be visiting and competing in Hong Kong for the first time and I’m sure fans locally and worldwide will have a whole lot to cheer for.”

Graham Bartlett, CEO of Velon, said: “We’re delighted to bring the Hammer Series to Hong Kong for a spectacular finish to the 2018 series. We couldn’t ask for better partners than the Hong Kong Tourism Board and Sun Hung Kai Properties to bring a fantastic race alive for the fans in Hong Kong and internationally. The teams are all really up for a big finish.”

Stephan Herth, Executive Director Summer Sports at Infront: “We are excited to see the HammerSeries evolve after the first successful season by adding a third race in Hong Kong to the 2018 calendar.

“Cycling is a key sport in Infront’s long-term strategy as well as an important pillar of the wider Wanda Sports business, as highlighted by events such as the recent Tour of Guangxi. This partnership with Sun Hung Kai Properties Hong Kong Cyclothon, which brings Hammer Series to China, will enable us to further develop Asian cycling and to promote this new exciting format on a global basis.”